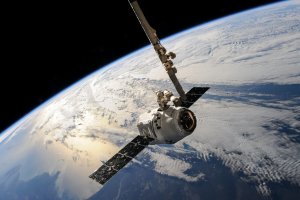 As our technology continues to advance, many newer types of internet have emerged. Years ago, we only had dial-up and  DSL options, but now we also have satellite, cable, and even fiber optic. Fiber and cable are leading when it comes to speed, but satellite can be a great option for those who don’t have access to cable or fiber. If you’re interested in switching to satellite internet or simply curious as to how it differs from other internet types, you’re in the right place.

What Is Satellite Internet?

Satellite internet is a type of wireless internet connection that works by using a satellite dish to send and receive data from orbiting satellites. Unlike other types of internet that require cables or phone lines, satellite internet does not. This makes it convenient for those living in rural areas who don’t have access to traditional broadband services.

Other Types of Internet Connection

This is the oldest type of internet connection and works by using a dial-up modem attached to your landline phone line. With dial-up internet, you cannot use the landline phone and the internet at the same time because they’re using the same line. It’s also significantly slower compared to other options but can still be used in some rural areas without access to better services.

This stands for Digital Subscriber Line and is a type of broadband internet connection. It uses your existing telephone line but requires an additional modem in order to convert the signal into digital data. The speed depends on the provider and distance from the ISP (internet service provider.)

While it’s similar to dial-up, which uses phone lines to send and receive signals, you can use the internet and the landline phone at the same time without encountering many issues. It’s also a better option than dial-up when it comes to speed and reliability.

This type of internet works by using existing cable TV lines. It is one of the most chosen internet connections of most households in the United States. It’s because it’s faster than DSL and can reach speeds of up to 500 Mbps in some areas. This internet connection is generally more reliable than DSL, but you’ll need to check with your provider if they offer service in your area.

Fiber is the newest type of internet connection, and it’s the gold standard in high-speed internet, reaching speeds of up to 1 Gbps. It uses fiber-optic cables, which means data travels faster over longer distances. It’s also more reliable than other types of internet and more resilient to weather conditions because the wires are buried underground.

Every internet type has its own pros and cons, and it’s always just a matter of where you are, what your needs are, and how you’re going to use it. Here’s an overview of how these types of internet compare.

When it comes to availability, both are widely available, but satellite internet is superior when we consider the overall package. Dial-up is rarely used nowadays because of its extremely slow speeds, but it still exists.

DSL is also a popular internet type in rural areas, but its coverage is not as wide as satellite internet. So, if DSL is not available in your area, satellite internet is your best choice. If you need higher speeds than 25Mbps, we recommend you assess your options and look for the internet service provider that offers your desired speeds.

Cable internet is the most popular type of internet connection in the US, as it offers fast speeds and more reliable connections than satellite. Cable can reach up to 500 Mbps at its peak speeds, while satellite’s maximum speed is around 100 Mbps. However, cable internet is limited to certain areas that have access to cable lines and cannot be used in rural or remote areas.

When it comes to speed and reliability, fiber internet is unparalleled compared to satellite internet as it can reach speeds up to 1 Gbps. However, not all areas have access to fiber internet; the availability of this type of connection generally depends on the provider’s coverage area. On the other hand, satellite internet is widely available and can be used in remote areas where there is no access to other types of internet.

Now that you already have a better understanding of what makes each type of internet connection unique, it’s time to decide which one is right for you. Here are some factors to consider before choosing your broadband or wireless provider:

But if you’re limited to one of these connection types, which is the best option? It really depends on your location and what type of internet connection is available in your area. But when considering the options, satellite internet will definitely be one of them, especially if you’re seeking maximum coverage.

Plus, some providers offer great deals that make satellite internet an even more appealing choice. In any case, make sure you weigh your options and select the best type of internet connection for you.