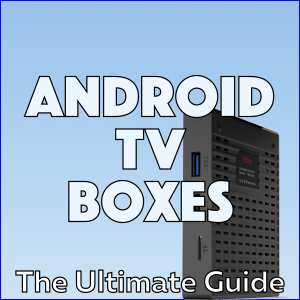 Are you looking in to buying an Android TV Box and you don’t know where to begin? Maybe you already have one but you have questions on how to set it up and install the best apps.

Either way, this guide is for you!

We have information on setup, apps, optimization, and other tips about Android streaming boxes.

Take a look through our table of contents below and find the section you need, or keep on scrolling and start from the beginning.

What is Android TV?

Android TV is an optimized version of the Android operating system by Google for your TV. It comes preinstalled on every Android TV box purchased around the world.

The Android OS works with the hardware to seamlessly playback audio and video files and other utility apps for you.

What is an Android TV Box?

A TV box is a small mini-computer that comes loaded with the Android TV operating system on it. It is optimized for your television screen and comes with a remote so that you can navigate menus and launch apps.

TV Boxes come loaded with the Google Play Store, which let you install officials apps such as Kodi.

Unlike the version of Android that comes preinstalled on many Google, Samsung, and LG phones, Android TV has the following changes:

Overall, new users who are just finding out about Android TV has no problem getting up and running.

Is an Android Streaming Box Legal?

Yes! Buying and using a streaming box is 100% legal around the world.

After Amazon stopped selling pre-loaded boxes, most now come with only the operating system installed. You must install apps on your own.

What you do with your TV box in your home is your own business. And it is 100% legal.

Okay, so you want to buy a streaming box but you have no clue where to begin or what to buy. What next?

In 2020, most boxes are very similar to each other in terms of specs and features.

However, these are the things that are important:

Let’s break down each of these features a bit more!

I assume that you want to install Kodi on your Android TV hardware, right?

The latest version of Kodi is not compatible with Android 4.4 or earlier. You need Android 5 at a minimum in order to install and use Kodi.

Some cheap Android boxes do not have 4K video support. This is either a hardware or a software limitation from the supplier.

Ensure that 4K video is included even if you don’t have a 4K TV. You never know when you might upgrade and this will future-proof your TV box.

H.265 is a modern video file type that most new Android boxes support. It allows for better quality videos in a smaller file size, which means less buffering.

If you live in a country where your internet usage is capped, smaller file sizes allow you to stream more as well.

Generally speaking, you can buy a media box for between $40-80 depending on the hard drive size and amount of RAM.

If someone is charging way more than that, you are getting ripped off.

We have a good list of best Kodi boxes to help start you off.

Which Android TV Box is the Best?

If you are looking for the best Kodi box for your living room, the unanimous choice is the Nvidia Shield TV.

It comes with a few advantages over traditional Chinese made boxes:

There is a new 2020 model of the Nvidia Shield TV worth checking out right now.

You can buy it directly from Amazon Below:

If you don’t want to spend the money on the Nvidia shield, there are lots of cheap streaming boxes you can buy. They all have a similar chip and specs and come shipped from China.

Here are some of the most popular boxes to buy for cheap:

So why buy the Nvidia Shield instead of the Amazon Fire or Apple TV (two other popular media boxes)? Let’s have a look next.

In terms of popularity, Android, Amazon, and Apple make the three most popular media boxes.

The main reason why the Apple TV is not a good Kodi box is because you can’t directly install Kodi or third party apps on to it. Until a jailbreak comes out, the only way to install Kodi, TVZion, or other apps is to side load them. Sideloaded apps on the Apple TV have a 7 day time limit if you don’t pay $99 for a developer license through Apple.

Some TV brands such as Sony, Hisense, and TCL have included the Android TV operating system as their smart interface. In this case, you don’t have to buy and connect a separate Android box to your TV.

Instead, you can install Kodi and other apps directly on to your TV instead. This is really convenient.

Check out this list of Android TV Smart TVs for more information!

In addition to Kodi, there are many other Android TV apps that you can install from the Google Play Store.

Some of the best official Android TV apps include:

Most of the Android TV apps above will enable you to easily side load third-party Android TV media apps such as:

When you first setup your box, launch the Google Play Store and have a scan through all of the apps available to install.

How to Connect the Box to Your TV

All media boxes connect to your TV in the exact same way:

If you’ve done things right, then when you turn on the Android box you will see its display come up on your TV.

How to Set Up an Android TV Box

When you turn your media box on for the first time, the display should walk you through any setup options you have. Generally, this includes the following things:

When you are done, the Android TV home screen should appear. Most home screens are tile-based and the newest interface should look like the screenshot below. 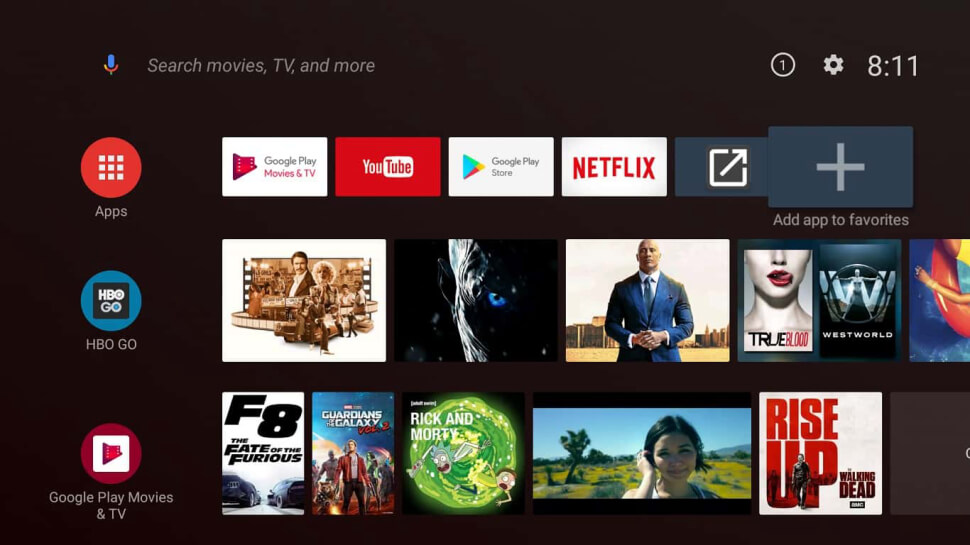 If you have an older style box, your home screen may look like the following: 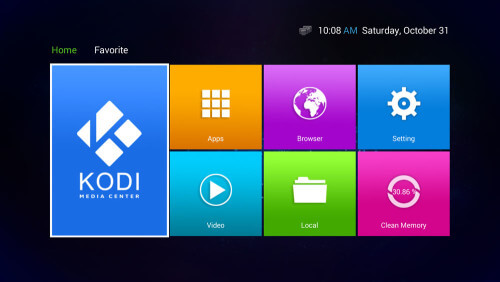 To test that your network connection is working, you can launch the Google Play Store and log in with a Google account.

As you become more familiar with your Android streaming box, you’ll eventually be interested in loading some live TV apps on it.

There are a ton of official live TV Android apps to check out:

In addition, we have a full IPTV guide for loading third-party IPTV solutions on your box.

Did we answer all of your Android TV questions? If not, comment below and ask your question and we would be happy to help you out!

Once again, check out our list of best Android TV boxes if you need to purchase something new.