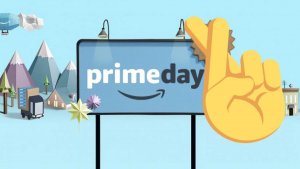 Our guide below has details on Android TV and other Amazon Prime Kodi related deals on Prime Day. In 2022, Prime Day is two days – July 12th and 13th – and we want to make sure you snag some good on sale stuff!

New this year, we’ve added some other electronic and entertainment deals we thought might interest our followers.

In order to take part in Prime Day, you must be an Amazon Prime member. Remember, you can sign up for free and then cancel your subscription before you get charged.

Now, the good part! Check out these Amazon Prime Day Kodi deals. We will try to update them throughout the day during Prime Day with new found deals as well!

Click here to go to Amazon.com and shop all of the deals.

During the month of July, the IPVanish Kodi VPN is up to 69% off any plan! This deal is as good or better than their normal Black Friday plan, so take advantage today!

Already a user and unable to take advantage of the deal for new users? IPVanish encourages and promotes that you can register a new account and get the deal!

Have you noticed any other Prime Day Kodi deals? Let us know on Twitter or by commenting below so that we can help everyone else out!