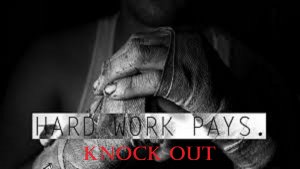 The Knock Out Kodi Addon is every Boxing fan’s dream source for replays of matches from the top boxers over the last 100 years. Read on for more information.

February 25th: Knock Out has returned inside of the Cardinal Repository. Check out the new install guide below.

The Knock Out Kodi addon is a complete source for Boxing streams from the top boxers over the last number of years. If you enjoy classic and current Boxing, this is an addon that will keep you occupied for days with the amount of content inside of it.

After you install the Knock Out Kodi addon, you’ll see that the sections are split out by boxer. There are currently 50 boxers featured in the addon, including:

And tons more! Inside of each boxer’s section, you’ll find various content such as:

If boxing is your thing and you want to check out the Knock Out Kodi addon, follow our install guide below.

NOTE: All streams in the Knock Out addon are found from free and legal verified sources on the internet.

How to Install Knock Out Kodi Addon (Jarvis, Krypton, Leia)

And that’s it! Knock Out will be found in your video addons section.

1 thought on “Knock Out Kodi Addon: Boxing Replays From the Last 100 Years”