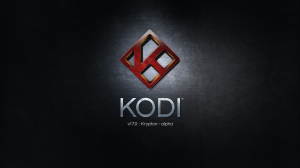 February 1st: Kodi 17 has officially been released! You can now download the final copy of Kodi 17 from the Kodi website.

Because Kodi 17 is such a major release, we have started a Kodi 17 working add-ons / builds list. For those of you who upgrade, please test out your favourite add-ons and let us know on Twitter or Facebook or by commenting on this post which ones are working or not working for you!!

NOTE: Kodi 17 is not supported on Android if you have Android 4.4 or earlier. You MUST have Android 5.0 or better to use Kodi 17. If you need to upgrade to a newer Kodi box, please click here and check out some of these approved boxes.

A Kodi 17 download is now available! Kodi 17 is now released, which officially takes Kodi 17 from development stage into release!

If you want to download Kodi 17 Kypton, click here. Read about all of the new changes in Kodi 17 Krypton below!