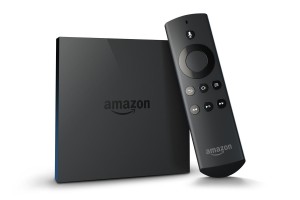 Recently, Fire TV software update 51.1.6.1 and Fire TV Stick software update 54.1.2.1 were released. Ever since then, people have been reporting Fire TV blank screen issues with their devices. Switching TV inputs to the Fire TV or waking the device from sleep mode is resulting in a blank screen and a lot of confusion for users.

First reported by aftvnews.com, it appears the issue is caused by a change in the way the Fire TV handles HDCP (High-bandwidth digital content protection). HDCP is a form of copyright protection that prevents people from making digital copies of protected content. The Fire TV and Fire TV Stick will check that your television is an authorized HDCP compliant device before sending the video signal over the HDMI cable.

It appears that this HDCP check happens immediately at boot-up of the Fire TV and some TVs do not start up fast enough to complete the HDCP check, so they fail and Fire TV blank screen issues appear.

The simplest solution to overcome the issue, if it does affect you, is to reboot the Fire TV while the TV is already on and set to the Fire TVs input. You can reboot the Fire TV by holding the SELECT button and PLAY button on your remote for 10 seconds. You can do this even if you are looking at a blank black screen.

Did the two options work to fix your Fire TV blank screen issues? Let us know if you are still having problems on Twitter and on Facebook!