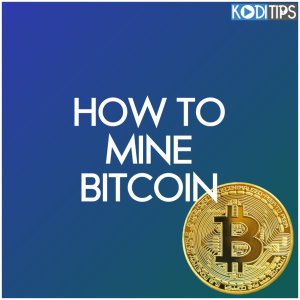 Bitcoin has gained popularity since its inception in 2009, owing to its dramatic price fluctuations and skyrocketing value.

With the increasing prices and interest in cryptocurrencies in general and Bitcoin in particular, it seems reasonable that interest in Bitcoin mining has surged.

In this guide, I will show you how to get started mining Bitcoin with your computer and how to use your CPU or GPU to mine Bitcoin.

So, if you’re interested in making extra money in bitcoin, keep reading!

What Is Bitcoin Mining?

Bitcoin mining is the process of producing new bitcoins by resolving incredibly complicated mathematic problems that validate transactions in the currency. The miner obtains a specific number of bitcoins after successfully mining a bitcoin.

The blockchain, an electronic public database that records every Bitcoin transaction, is expanded via bitcoin mining. Bitcoin miners run and maintain the Bitcoin blockchain. You need access to specific hardware and software if you want to mine bitcoins successfully. Miners also need to be well-versed in the operation of the Bitcoin protocol.

How does Bitcoin mining work?

Bitcoin miners compete to solve extremely complicated math problems that demand the use of expensive computers and massive amounts of power to add a block.

Miners must be the first to discover the right or closest solution to the question to finish the mining process.

Proof of work is the technique of finding the correct number (hash). By quickly and randomly generating as many guesses as possible, miners attempt to predict the target hash, which needs a lot of processing power. As more miners join the network, the difficulty keeps going up.

Application-specific integrated circuits (ASICs) are the necessary computer hardware and can cost up to $10,000. ASICs use a huge amount of power, which has come under fire from environmental organizations and reduces miners’ profitability.

Today if a miner can successfully add a block to the blockchain, they will receive a reward of 6.25 bitcoins. The reward amount is cut in half roughly every four years or every 210,000 blocks. The reward amount also swingly wildly with the price of bitcoin. For example in April 2022, bitcoin traded at around $40,000, making 6.25 bitcoins worth nearly $250,000. A few months later in July, it was only worth about half of that.

In many ways, Bitcoin mining is similar to gold mining. Both Bitcoin and Gold Mining require a lot of energy and can result in large financial benefits. As a result, you may mine BTC to profit or receive rewards.

If working with computers and learning about new technology interests you more than making money, you may want to start mining bitcoin. For instance, you may learn about the operation of the computer and blockchain-based networks when configuring Bitcoin mining.

How Much Do Bitcoin Miners Earn?

Bitcoin miners are compensated based on the proportion of work they contributed to validating and adding transactions to the blockchain.

However, the actual amount earned by miners can vary depending on several factors, such as the difficulty of the tasks involved and the fees charged by the pool or network. In general, though, miners can expect to earn a good return on their investment.

What Do You Need to Mine Bitcoins?

You’ll need a valid Bitcoin wallet to get the payment if or when you successfully validate a Bitcoin block. Consider creating a separate wallet for your bitcoin mining, apart from any other Bitcoin assets.

With various degrees of convenience and security, you can build one or more distinct types of Bitcoin wallets. In order to increase security as a Bitcoin miner, you could choose to create a hardware wallet, which is the safest type.

Various companies provide mining software, much of it available for free download and compatible with both Windows and Mac devices. You will be able to mine Bitcoin once the required hardware and software are connected.

The hardware is the most expensive part of Bitcoin mining. If you want to successfully mine Bitcoin, then you need a computer that can solve problems quickly. This hardware can use up a lot of electricity and can cost $10,000 or higher.

Buying and setting up the hardware

Miners can purchase ASICs from retail stores, and some manufacturers also permit direct purchasing. Purchasing mining equipment from merchants or producers shipping from overseas can result in high import fees.

ASICs require an ethernet cable to connect to the internet, and they can only be set up via a web browser by navigating to the local IP address, much like a home router.

To proceed, you must first create an account with your preferred mining pool, which will then offer comprehensive instructions on how to connect to its servers. You must enter the pool’s connection destinations and account details from the ASIC’s web interface. After then, the miner will begin manufacturing Bitcoin.

It is highly recommended that you mine through an established pool because you can create consistent returns by sharing your hardware with others. Your device will still be rewarded for its contribution to mining even if it might not always locate the right hash to build a block.

How to Mine Bitcoin

You can begin mining immediately after downloading a local copy of the blockchain for the cryptocurrency you choose to mine. You can take a break after officially beginning mining by clicking the appropriate button. Your mining equipment will handle the process of mining cryptocurrency for you.

You don’t have to perform any more work yourself, but you should still check in from time to time to make sure that your rig is still mining. Even if you are sleeping or at another work, your mining equipment may generate cryptocurrency on a loop.

By pooling their resources with other miners, some BTC miners create Bitcoin mining farms. Cooperative groups of miners have a greater likelihood of receiving profits and dividing the earnings. Members of a mining pool must also pay a fee to be a part of it.

The difficulty of mining Bitcoin rises with each coin granted, thus joining a pool is a far more lucrative option. If you want to be competitive, it’s best to join a pool unless you have the funds to build your own or purchase several cutting-edge ASIC miners.

Considerations and Risks of Bitcoin Mining

The majority of people find bitcoin mining to be a poor investment because of its complexity and high costs. In addition to the monetary risk of not making a profit, the management of high-power devices like ASICs carries different technical risks.

To prevent the elements of the mining equipment from overheating and burning out, some proper ventilation is necessary. One ASIC is most likely the most powerful device in your house or business, dissipating all of the miner’s electrical usage as heat into its surroundings. That also implies that when mining bitcoins, you should carefully evaluate the limitations of your electrical grid.

The electrical system in your home has a maximum power rating, and each plug also has a rating. Exceeding those restrictions might easily lead to continual outages or electrical fires. You should consult an expert to determine that the electrical setup in your house is safe for mining.

Yes, Bitcoin mining is legal in most jurisdictions around the world. However, there are some countries where it is restricted or banned altogether such as Bangladesh, China, Dominican Republic, North Macedonia, Qatar, and Vietnam.

How long does it take to mine one Bitcoin?

The amount of time it takes to mine one Bitcoin depends on several factors, including the mining difficulty, the price of Bitcoin, and the hash rate of the miner. In general, it takes around 10 minutes to mine one Bitcoin. However, some miners may be able to do it faster or slower depending on their specific circumstances.

How to mine Bitcoin without hardware?

However, because mining Bitcoin is so difficult, these companies usually charge very high fees which make it unprofitable for most people. Additionally, the returns on investment from cloud mining are often very low, so it’s generally not worth it for most people.

Anyone can become a miner by participating in the network and running a bitcoin node. However, miners need to take certain precautions to protect their equipment from theft and damage.

To start mining bitcoin, you’ll need some basic hardware and software. You may also need access to cheap electricity to maximize your profits.