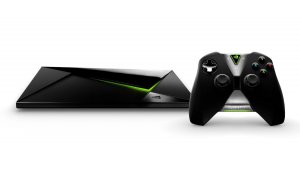 Let’s have a look at the Nvidia Shield TV vs Android Box options on the market and show you why Shield TV has multiple advantages and is worth consideration for your next Kodi box.

You may have heard us say that with Kodi 17, the latest release, Android 4.4 is no longer supported. This means that as add-ons, skins, and builds are upgrade to work with Kodi 17, you will be left behind unless you buy a new Kodi box.

At $199, there are some Nvidia Shield TV advantages you should consider which might sway you into buying a Shield TV over another Android Box.

Today, most Kodi boxes are comparable. They generally have similar CPU speed, memory, hard drive space, USB slots, Ethernet, and other features. Some boxes promote better memory at the expense of Bluetooth or a better remote control at the expense of extra USB slots.

There are some Shield TV advantages to consider in that the Shield gives you ALL bonus features and an operating system and firmware support from a legitimate company.

Outside of the posted specs, there are some other Nvidia Shield TV advantages to consider:

So even though you pay roughly $50 more for it, there are some Shield TV advantages to consider when comparing the Nvidia Shield TV vs Android Box of your choice. You get ALL premium features for your Kodi box right away instead of waiting for Android box sellers to catch up and be able to offer the features above.

Have an Nvidia Shield TV? Is there another reason you decided to buy one? Let us know on Twitter or Facebook.