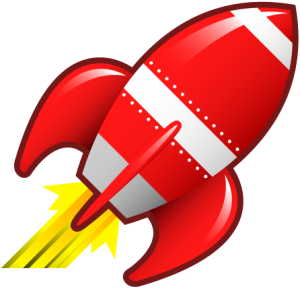 
Use these VPN Speed Tips to ensure that you don’t slow down your internet when you protect yourself behind a VPN connection today! Get the fastest VPN connection in your home now.

One of the main questions we get from users is whether they will have VPN speed troubles where their internet download speed is slow when they subscribe and connect to a VPN server. With these tips below, you’ll get the best possible VPN connection.

A VPN is a secure traffic tunnel that routes your network traffic through a server located somewhere in the world before getting to its destination. A VPN makes whatever you are accessing think that the intermediate server is your address rather than your actual information.

This extra step in routing your traffic will naturally add latency to your connection, but it doesn’t have to slow! Just follow these VPN speed tips:

Also, check out an exclusive promo deal we are able to offer to visitors of the website at the bottom of this post.

Table of Contents
1 The Best Kodi VPN
2 Kodi VPN Speed Tips: How to get the Fastest VPN Connection
2.1 1. Use a tier 1 VPN service
2.2 2. Check your internet speed before and after connecting
2.3 3. Change your VPN Server
2.4 4. Ensure your connection is using hard-wired Ethernet
2.5 5. Turn off your local firewall
2.6 6. Restart your router and device
2.7 7. Consider Where You Are Connecting Your VPN
2.8 8. A Little Speed Slowdown is Okay!
2.9 PROTECT YOURSELF ON THE INTERNET

IPVanish and NordVPN are our favourite VPN service because they eliminate all of the company-side issues referenced below. Both are a tier 1 service, have apps for Android TV, Amazon Fire, iOS, Mac, Linux, and more.

They both have a Quick Connect feature which automatically connects you to the quickest VPN server. They are well suited to keep your VPN speed high.

Get huge Pandemic VPN discounts from IPVanish by clicking on this link .

Sign up for a premium VPN service from NordVPN by clicking here.

Kodi VPN Speed Tips: How to get the Fastest VPN Connection

A tier 1 communications service can reach any other address on the internet without having to transit or make unnecessary stops on its path. Some VPN providers don’t own their own network of computers (tier 2), which introduces slows your internet down.

Remember, connecting to a VPN is adding at least one more path between you and whatever you are trying to reach on the internet. A tier 1 service minimizes this affect and makes it near negligible. No matter which VPN service you are deciding on, look up their stats for proof of tier 1 reliability. Fake or fly-by-night VPN companies use spoofing addresses and rented hardware around the world and cannot make this claim truthfully.

2. Check your internet speed before and after connecting

You may think a VPN is slowing your connection down, but your internet could be slow on its own. Click here to visit and run this VPN speed test and run a speed test both before and after connecting to your VPN. This will let you understand where the real issue may lie.

Also, note that speed tests on your Android TV box are not the same as on your PC. You may think this because it is the same network, but older Android TV boxes have slower ethernet ports. On the flip side, your PC is most likely performing more internet queries in the background.

VPN servers can present you different internet speeds depending on a number of factors, such as:

Take these into consideration when trying for the fastest VPN speed.

An important factor when using Android TV boxes is whether or not you are using hardwired ethernet or not. Wi-fi adds latency rates to your connection that are 10 times or worse compared to hardwired. This latency is extra delay in sending streams to your machine. Always make sure your Kodi hardware is hard-wired. This tip is even better than the VPN speed tips offered here.

The posted internet speed from your service provider is always based on hard-wired internet only. If you are paying for “100 megabyte” internet service, know that this only applies in hard-wired situations and that wi-fi can decrease your speed by 75%!

5. Turn off your local firewall

Try turning off your local firewall and antivirus and see if your speeds increase. Firewalls filter traffic, including VPNs, and may slow down your internet speed.

A lot of internet service providers, especially in the UK, enable strict firewall rules which limit your access to the internet. Sometimes the best VPN speed tip has nothing to do with the VPN service itself. Disable your firewall and try again.

We’ve done a full UK service providers test to determine which firewalls are most restrictive. Click here to learn more.

6. Restart your router and device

If all else fails, restart your router and device. Over time, it’s common for your router to slow down like a bottleneck from continuously processing information.

Unplug the power from the back for 30 seconds and then wait for it to boot back up. Try your VPN with a fresh new connection and see if your problems are fixed.

7. Consider Where You Are Connecting Your VPN

The number one spot to connect your VPN is right within your router settings. This will mask all incoming and outbound connections from your network behind the VPN. Your VPN speed should be optimal here as you don’t have to rely on any VPN application and your router is well suited to perform this task.

If you are unable to setup your VPN right at the router, the next best option is to connect right in an app on the device you are using. If you have an Android TV box you want to enable a VPN connection on, it is best to download a native Android TV app and connect behind that. Not all VPN companies have Android TV apps, so this is an important factor to consider.

Likewise, a native Amazon Fire TV will be best for hiding your connection on that device.

8. A Little Speed Slowdown is Okay!

Streaming static media files in Kodi does not require as high of an internet connection as you think. 5mbps is plenty to stream 720p content and 10mbps is more than enough for 1080p content. A little speed slowdown by a VPN is not a bad thing if you have a high internet connection. In most cases, you will not notice a difference.

For live streaming, a 10mbps is still fine for a lower quality stream. If you want to watch full HD, 20mbps is recommended for optimal experience.

Also consider the source you are connecting to. Lots of lag is due to you connecting to slower sources. Free streams often have very limited bandwidth and lag when a high number of users connect to them. These issues are separate to any VPN speed diagnostics and should be taken into consideration.

Let us know if these VPN Speed tips worked for you! If you have any other tips for getting the fastest VPN speed, comment below.

9 thoughts on “VPN Speed Tips: How to Get the Fastest VPN Connection”