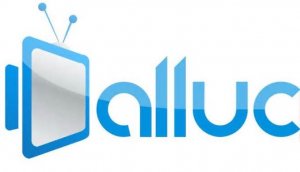 Popular media website Alluc, which is integrated into many multi-source Kodi addons, has announced that it is shutting down in the next 30 days. Read all of the details in our guide below.

An official release by Alluc today has notified its followers that they are shutting down to “take a break and focus on other projects”. Alluc is a popular media website that provides movie and TV metadata as well as hosted links for the public.

The Alluc API is integrated into all multi-source Kodi addons today and the news of them going offline will remove a popular scraper from Kodi addons.

Check out the full email regarding Alluc shutting down below.

Kodi users do not have to take any action. Alluc links will stop working when the API goes down.

Today, the Alluc search engine will be discontinued.

If you are a subscribed API user, your API account will remain fully usable for at least 30 days after receiving this email. Any existing Paypal subscriptions have been stopped and will not continue charging you. If you used your alluc account to access the pron.tv API, you can continue doing so for at least 30 days as well. The new owners of pron.tv will keep offering their API at http://spi.pron.tv for bulk-plans and at https://accounts.pron.tv for small plans after the Alluc API stops its service.

After 13 years of Alluc, we decided to take a break and focus on other projects. Over this last decade, Alluc served more than one billion unique users in total and we would like to thank all of you for your support over the years.