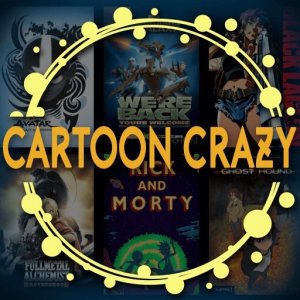 December 6th: Just a reminder for those that keep asking, the Cartoon Crazy Kodi addon is now apart of the SpinzTV repo as Lucifer has retired from addon development.

The Cartoon Crazy Kodi addon is developed by Lucifer. Follow him on Twitter and direct any addon help or assistant to the Colossus Github page.

Cartoon Crazy is the biggest and most ambitious third-party kids Kodi addon. It features over 17 websites that it scrapes for links to kids shows, movies, cartoons, and other great content.

Also included in the addon are some other great features, including:

When you install the Cartoon Crazy Kodi addon, you’ll see the following selections in the addon:

Cartoon Crazy can be found in the SpinzTV Repo.

NOTE: The Cartoon Crazy Kodi addon hosts no streams and stores no data. All information is gathered from public internet websites.

If you are interested in finding out more about the Cartoon Crazy Kodi addon, feel free to follow the developer on Twitter for more information and addon support.

The install guide for this addon is not found on this website. As you may have heard, telecom companies have been abusing their power by claiming that addon developers have been infringing content, despite the fact that Kodi addons are open source python code that simply search the public internet and host no content at all.