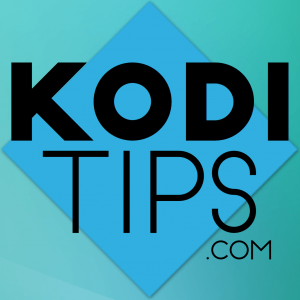 Popular Kodi repositories NoobsandNerds, Teverz, SpinzTV and others received cease and desist orders today and have taken down their repos in the latest wave of attacks on Kodi developers. Read the full details below.

Unfortunately, more popular Kodi sources were hit with cease and desist letter today from ACE, a company representing multi-billion dollar communications entities around the world. These letters were identical to what was received by the Colossus, Dandy Media, Mucky Ducky, and other repos back in November.

The cease and desist letter alleges that the defendant receiving the letter is encouraging copyright infringement through the addons. The letter does not appear to be a signed legal document. There is no signature from a lawyer and no law firm is listed on the letter. It simply asks each use to “stop” or be faced with further punishment.

Below is a summary of who we know was contacted and the current response by those people.

The creator of The Pyramid Kodi addon has shut everything down after a visit to his home from an ACE representative. His addon and also some Kodi builds tied to his name (Tomb Raider Builds) have been removed from the internet.

Teverz is a Youtube video maker who has his own wizard for Kodi builds. He is not an addon developer to our knowledge. Teverz received a letter and talked to the person on the phone via the number supplied. So far, Teverz is keeping everything online, calling the letter nothing but a “scare tactic” without any sort of legal weight.

Doggmatic is a Kodi youtuber and build maker. Like Teverz and Blamo, it appears that he is not going anywhere and will not be intimidated by the letter.

One or more members of the Noobs and Nerds repository also received letters today and as of this post, the official NoobsandNerds website leads to a suspended account message. The NaN repo has been pulled offline.

OpenELEQ, one of the developers with Noobs and Nerds, posted the following on Twitter:

You probably all seen it allready: Nan-site is offline as is their twitter. It does not look like it will be comming back either and I have also emptied out my repo’s of all content that could be considered copyright-infringing.

I will be keeping my git-account alive though simply to avoid it being high-jacked, nothing else. Also, if you see claims in the future that I or Nan endorses TVA (similar to what happened to Xunity), do not believe it as that will never ever happen!

SpinzTV, one of the most popular Kodi builds on the internet and his repository also hosted the Cartoon Crazy and Strictly HD addons. As of today, his repo is offline and he has stated that he is finished with Kodi for now.

Blamo, the developer behind Placenta, Neptune Rising, and Death Streams, did NOT receive a letter from ACE. However, he has pulled his repository location and moved it to a new server. He has stated that he is taking a break from Twitter temporarily because he “has some stuff to take care of and some projects to do”.

Note that the Blamo Repo will have a failed repository update the next time you launch Kodi due to the server change. In order to fix this, manually install the Blamo Repo from his repo source and make sure you are installing v0.0.6 or higher.

Just a reminder, Kodi addons don’t store any content of their own. They are simply search engines into the public internet.

Warning to all Kodi Users

As you read the updates below to some of your favourite Kodi addons, we want to caution you against installing new and unknown repositories. Some people have setup new repositories to host some of the addons below without any programming knowledge or permission from the original developer. The only person who should advertise a new version of Covenant, for example, should be the existing Covenant developer.

Around 1pm EST on November 15th, the Colossus Repo went offline, taking with it a ton of Kodi addons and dependencies such as URLResolver, Covenant, Bennu, and more. Accessing the official Colossus Github Page shows no repositories listed. The GitHub page was the only official method for accessing the addons and repository and was constantly being updated before it went down.

Multiple users in the repo were contacted with a cease and desist order from the MPAA, where they called them responsible for promoting piracy via their addons in their repositories. A quick reminder that Kodi addons do not host any content and simply act as search engines to the public internet.

The Smash Repository has gone offline. Smash confirmed that he will be moving away from Kodi addons and focusing on a new venture in the future.

Coincidentally or not, Shani_01, the developer of ZemTV who was named in the Dish Network lawsuit along with TVAddons, also reappeared today on Twitter. Shani pledged that he wanted to fight and clear his name to support all Kodi developers who haven’t done anything wrong and are being targeted by large companies.

Shani also posted a link to a GoFundMe page to raise money for legal fees, which was mistakenly taken down by GoFundMe for violating terms and conditions; they thought Shani was raising money for a criminal court case, which he was not.

As soon as Shani reposts his fundraising campaign, we will pass that information along to everyone.

URLResolver is an important Kodi dependency that resolves links from a wide list of file hosting websites. URLResolver was previously hosted and developed through the Colossus GitHub, which no longer exists.

Since this original post, URLResolver has since been hosted on the TVAddons GitHub page. In addition, a spinoff fork called ResolveURL has been released, which includes fixed and updates to resolver file lockers.

DandyMedia has taken his repository offline, which included popular Kodi addons such as Myriad, 1080p, Openload Movies, and others. A Twitter message from @noobsandnerds said the following:

You may notice that from today our repository looks a little smaller. DandyMedia is taking a little bit of Gardening Leave. #DontPanic

DandyMedia’s Twitter account has also been deactivated as of this time. There is no indication that Dandy received any threatening letters at this time. Just a reminder to NOT uninstall Dandy’s addons if you have them installed.

Project D was a popular playlister in the Bennu Kodi addon. According to Twitter, he has joined the Looking Glass team. As of right now, he does not have an addon in the repo but if and when something if release, we will pass that information on.

Caz Wallace, a popular Youtube video creator who also had a wizard for installing Kodi builds, announced on Twitter that he received a letter from the MPAA warning him against support for any “grey area” Kodi addons.

He announced on Twitter that we will only host legal addons from now and will not have a wizard any longer.

A few of our followers have contacted us to say that upon launching their Kodi box with the Pulse build installed, a popup has let them know that Pulse is going offline and will no longer be maintenance. There is no word whether the Pulse team also received a formal letter warning them or if they are simply going offline as a precaution.

Mucky Duck will no longer be developing the mdrepo or duckpool repo. Ive shut them down due to unforeseen legal actions that I’m not at liberty to discuss.

So farewell for now but hopefully i can find another project that isn’t in such a legal grey area to continue my learning of the addictive language that is python.

on the plus side im getting married in the new year. thinking maybe a stag do in amsterdam anyone welcome.

Mucky Duck was the dev for some popular Kodi addons such as M4U and DuckPool.

FAQ: If I have these addons installed, what should I do?

If you already have Covenant, Bennu, or any other addon installed which is no longer alive, LEAVE IT ALONE. There is no risk in keeping the addon installed at this time and they will continue to function. Kodi addons are simply search engines to the public internet and host no content. Without developers, addons degrade over time and you will see less and less links returned by them.

Summary of Repositories & Addons Down

We will update you on KodiTips as soon as we have more information. Some other addresses have hosted mirror copies of the Colossus repository and some of its addons, but without the official source for updates, those repos are now unsupported.