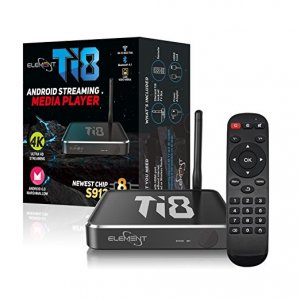 Element has come out with a brand new premium Kodi box. Read our Element Ti8 review and enter our contest to win one just in time for Christmas!

We’ve long been a supported of Element and feel that they are one of the best third-party Kodi box companies. We frequently get feedback from customers on Twitter or Facebook who love Element Kodi boxes. Their latest release is the Element Ti8, a new Kodi box with updated firmware and specs. Check out the specs and then our Element Ti8 review below that

The Element Ti8 Android box comes in a box that includes the Kodi box, an HDMI cable, a power adapter, and a remote. The first time you power the Element Ti8, you will be taken to the home Android screen and you will notice a bunch of great pre-installed apps: 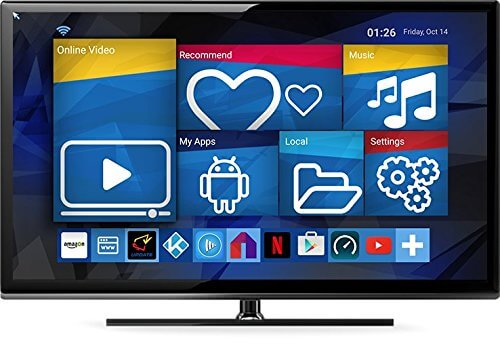 Right from the start, you’ll appreciate the speed of the Ti8. A brand new S912 CPU and Android 6.0 paired with Kodi 16.1 bring a nice sense of reliability, speed, and freshness. Those frustrated with crashing issues on Android 4.4 with Kodi should be nicely surprised with the Element Ti8.

Upon launching Kodi for the first time, you will find that it is already loaded with an Element-themed skin (Confluence) and a few select add-ons installed. Feel free to jump right into a stream or customize Kodi to your liking.

With the upcoming release of Kodi 17, Kodi will no longer support anything less than Android 5.1. This Android 6.0 box will be compatible indefinitely. You might say “well I don’t need Kodi 17 so I don’t need a new Kodi box” which is great except that once developers update their add-ons for Kodi 17, they won’t be compatible with previous versions either. Therefore, now is really the time to upgrade your Kodi box and the Element Ti8 is a great choice.

Overall, I believe that the Element Ti8 is a great Android-based Kodi box. A sleek look, great specs, and an easy setup process make this the perfect Kodi box. The base price is $175 which is a bit of a premium because the S912 is not as mass-produced as older chipsets yet, but you can get the box on sale right now for $125 which is an awesome deal.

If you are interested in learning more about the Element Ti8, visit the official website by clicking here. All Element Ti8’s come with a 30-day money back guarantee and a 1 year warranty! If you have an Element Ti8 or want to receive more information, follow us on Twitter or Facebook and ask us a question there!