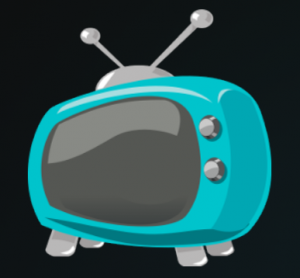 The Free Live TV Kodi addon is an HD way to stream IPTV TV channels from around the world. The addon features channels such as Al Jazeera, CBS News, France TV, HSN TV, Newsy, and Sky News. If you want to stream live TV, read this guide.

The Free Live TV Kodi addon is a legitimate source for world IPTV TV channels from around the world. The addon comes with the following live channels:

The way that this addon installs is differently than others. Direct links to each channel show up as SEPARATE video addons inside of Kodi. There is also a Free LIve TV Kodi addon that is installed as well.

When you launch Free Live TV, a list of pointers to each channel appears. This is different than how traditional addons work so be aware that you actually install 16 separate addons with one install.. Seems weird to us too…

If you want to install the Free Live TV Kodi addon, check out our guide below. Below that is a description of all of the channels currently included in the addon!

Some of the channels in this addon may be geo-blocked in your area. If you need to get the addon working, subscribe to a VPN via the link below and set your location to the channel’s local spot.

If you don’t already have the Git Browser Kodi addon installed, click here to read our guide and then come back here and use the instructions below.

The first time you launch the Free Live TV Kodi addon, you may be prompted to enable MPEG-DASH in your Youtube Kodi addon.

You will now be able to choose a channel and stream free live IPTV TV from the addon.

If prompted by the Free Live TV Kodi addon, do NOT run the Youtube setup wizard.

If prompted by the Free Live TV Kodi addon, DO enable InputStream Adapative.

The following channels are included inside of this addon:

Al Jazeera
Al Jazeera, also known as JSC (Jazeera Satellite Channel), initially launched as an Arabic news and current-affairs satellite TV channel. Al Jazeera has since expanded into a network with several outlets, including the Internet and specialty television channels in multiple languages.

Bloomberg Global News
Bloomberg is an American based news station headquartered in New York, New York. It is focused on world news coverage and business and economics coverage from around the world.

Charge!
Charge! is an American digital broadcast television network that features action- and adventure-based programming sourced primarily from the MGM television and film library. Charge is the home to Ring of Honor live wrestling streams.

Comet TV
Comet is an American digital broadcast television network that focuses on science fiction with some supernatural, horror, adventure and fantasy series and films, sourced mainly from the Metro-Goldwyn-Mayer film and television library.

France 24
France 24 is a 24-hour international news and current affairs television network, based in Paris. Since 2008, the channel has been wholly owned by the French government.

HSN TV
Home Shopping Network (HSN) is an American broadcast, basic cable and satellite television network that is owned by Liberty Interactive. The channel is a competitor to QVC and showcases new products available for purchase.

Light TV
Light TV is an American TV station owned by MGM. It focuses on family and faith based programming, It is ran by husband and wife Mark Burnett and Roma Downey. It contains religious shows and content.

Newsmax TV
Newsmax is an American news and opinion channel owned and operated by Newsmax media. It is based our of New York and is mostly conservative with its viewpoints. During the day it has live news updates and at night it shows acquired documentaries and movies.

Newsy
Newsy is a web TV channel creating quality video journalism that is easily digestible on mobile devices and the web. Newsy has become the national news brand focused on delivering news to millennials and Gen X consumers.

QVC
QVC is an American-based shopping channel that focuses on selling new products on TV. It focuses on showing off the functionality and each product in order to drive more sales. It has rocketed in popularity over the last number of years, partly in thanks to Laurie Grenier, who is an investor on the show, Shark Tank.

Sky News
Sky News is a 24-hour international multimedia news organisation based in the UK that started as a 24-hour television news channel. Sky News provides headlines (and other services which ranged from weather, the top story of the day and showbiz) on demand.

TBD TV
TBD TV is an American television channel targeting millennial audiences. The network focuses on internet-based series and other digital content (including showcases of user-generated music, animation and comedy videos, eSports, and compiled half-hour and hour-long episodes of short-form web series), along with some feature films.

We have no control over and do not host or upload any video, films, media file, or live streams. KodiTips is not responsible for the accuracy, compliance, copyright, legality, decency, or any other aspect of the content of streamed from your device. If you have any legal issues please contact the appropriate media file owners or host sites.