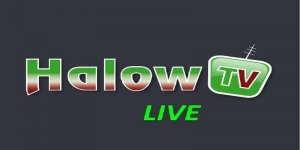 The Halow TV Android app moves a popular live TV Kodi addon over to an Android APK, where it can be supported natively outside of Kodi into the future. Read below for the details.

Halow TV is a long-running live TV service with live IPTV channels to check out from around the world. Previously, it was presented as a Kodi addon. After the news broke about Dish Network suing Zem and TVAddons a few weeks ago, the Kodi addon went offline and a Halow TV Android APK was developed to support the streams.

Android APKs have some notable advantages over Kodi addons. Code is private and hidden, unlike the open-source Python code used in Kodi addons. As well, media playback is handled internally verses through Kodi where users run many different versions of the software and its dependencies.

Inside of the Halow TV Android APK, you’ll find tons of live TV channels, with the large majority being in full HD. Channels are split up by country, including Australia, Greece, Swedish, Turkish, UK, USA, Canada, and more. Android Kodi users can install the addon using our guide below:

Halow TV scrapes the public internet for live streams and stores and hosts no content of its own.

Because the Halow TV Android App is available freely available from the Google Play store, which reviews apps for things like legitimacy and piracy, we will include the install guide below. We do not support piracy so use of the app is at your own risk.