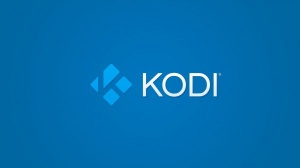 The Kodi team has officially released Kodi 16.1 Jarvis and you can download it today! Check out the release notes from the Kodi team below and then you will see a download link as well! If you install over top of your existing Kodi setup, all of your add-ons and settings SHOULD be safe, but it’s always a good idea to back things up first just in case!

Once a ‘final’ version is released some new bugs and/or problems usually appear out of nowhere, and this release is no exception. Even though tens of thousands of users were already testing the 16.0 version before release and we as team trying very hard to prevent any problems, as soon as millions start using the released version some problems we either did not think of or which we did not notice before pop up. To counter some of these new issues, we’re bringing you this maintenance release called 16.1 which has some additional fixes on top of the 16.0

It should be ok to just install this on top of your current Kodi 16.0 version without uninstalling previous version. For the MySQL users out there; we never bump the database versions in our bugfix or maintenance releases – you can safely keep using it within your network.