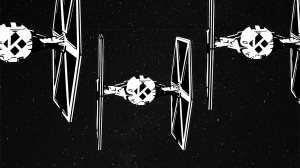 The Kodi team has just announced the official name of Kodi 18. Starting with “L”, what name has the team chosen? Read on for more information.

In keeping with its letter of the alphabet theme, the Kodi team has announced the name of Kodi 18. Kodi 17 has not been officially released yet, but it is in release candidate stage with no new features planned to be added, so new features are being worked on under the Kodi 18 name.

As a tribute to Carrie Fisher and to celebrate the 40th year anniversary of Star Wars: A New Hope, the team has given Kodi 18 a code-name of Leia.

Features, download, and news on Kodi 18: Leia is not expected until a few months after the release of Kodi 17 (click here for the latest info on that), which is currently in release candidate stage.

If you would like to read the entire release post from the Kodi team, we’ve attached it below:

When deciding on a code name for the release of Kodi 18, we determined to do things just a little differently this time around. Normally, when we pick a new code name, we go through the suggestion threads, gather together the top 5 or top 10 suggestions, and vote on them. We did something similar this year, compiled a huge list of names, including quite a lot of excellent ones… and then 2016 happened.

We’ve lost many important people this year, but possibly none quite so near and dear to the hearts of our team as the woman who portrayed a princess from Alderaan, a member of the Imperial Senate, a general, and a traitor. Leia wasn’t a top choice in the user suggestion threads. She wasn’t even a top ten choice. But, on the week it came time to vote, we learned of the tragic passing of Carrie Fisher, and thought there could not be a more fitting tribute than to name a version of Kodi after one of the most butt-kicking princesses in cinematic history.

As we dug deeper into this option, we considered the history of that galaxy far, far away, and realized that 2017 was to be a special year in the Star Wars universe. The 25th of May marks the 40th anniversary of Star Wars: A New Hope, a movie that entered theaters and changed the world. Kodi has a history of naming its releases after figures and places from sci-fi and fantasy, and Star Wars is a major… well, perhaps THE major reason why. For us, Star Wars is not just some sci-fi movie. It is one of those iconic events where everyone on the team knows either where they were when it first came out or cannot remember a time without the adventures of Luke, Leia, Han, Chewie, and a couple of ridiculous droids.

It hurts our hearts to have lost a great woman and actress and, with her, the character she portrayed, the princess we grew up with. It feels fitting, then, to announce that Kodi 18 will be named “Leia” in honor of the late Carrie Fisher, as a tribute to one of the characters that defined an industry, and as a celebration of the whole Star Wars universe.

May the force be with you, always.