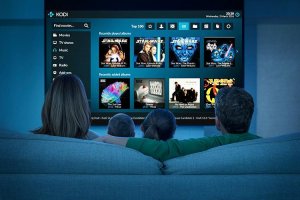 Brian Thompson and Julian Allen are two UK Kodi box sellers arrested and charged for promoting “fully loaded” Android boxes with promises of free cable and TV. After both pleading guilty to their crimes earlier this summer, they received their sentencing today.

Brian Thompson sold over 400 boxes, making 40,000 Euros. He was charged with one count of selling and one count of advertising devices “designed, produced or adapted for the purpose of enabling or facilitating the circumvention of effective technological measures”. He had boxes outside his business saying “Sick of paying monthly subscriptions? Free Sky, Virgin, Box Nation, Racing UK. The estimated losses to Sky were an estimated 200,000 Euros during the period Thompson was training.
Today, Thompson was given an 18-month jail sentence, suspended for two years.

A suspended sentence is a legal term for a judge’s delaying of a defendant’s serving of a sentence after they have been found guilty, in order to allow the defendant to perform a period of probation. If the defendant does not break the law during that period, and fulfills the particular conditions of the probation, the judge usually dismisses the sentence.

Julian Allen made 135,000 Euros selling fully-loaded Kodi boxes and was arrested after Geeky Kit branches were seized in 2015. He plead guilty in July to using or acquiring criminal property. The judge noted that Allen did not play a part in organizing or delivering the live streams of the content involved.
Allen received a 21-month prison sentence, suspended for two years.

The court sentences are important because they add legal precedence to the legal grey area of Kodi and can be drawn upon in the future as necessary.
Android TV boxes with Kodi installed are NOT illegal. Third party addons enable streaming of content found on the public internet. Selling these boxes fully-loaded with the promise of circumventing cable TV is the key line that must not be crossed.

Let us know your thoughts by commenting below.