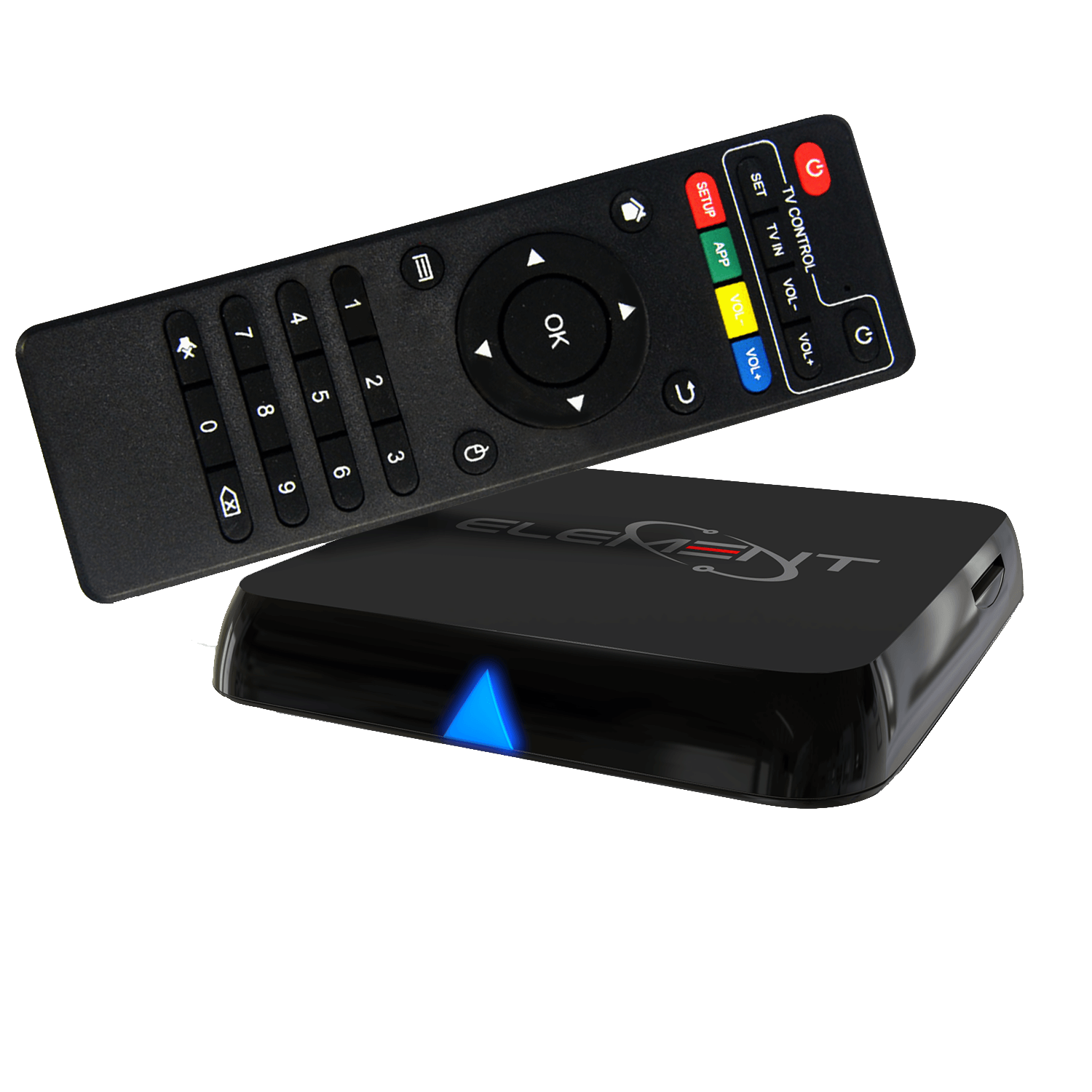 Kodi Tips has gotten a chance to review the Element Ti4 Kodi box, an Android-based system equipped with two performance processors, 2GB of RAM, and support for 4k video resolution. Does the performance of the Element Ti4 match its specs? Find out in our review below! 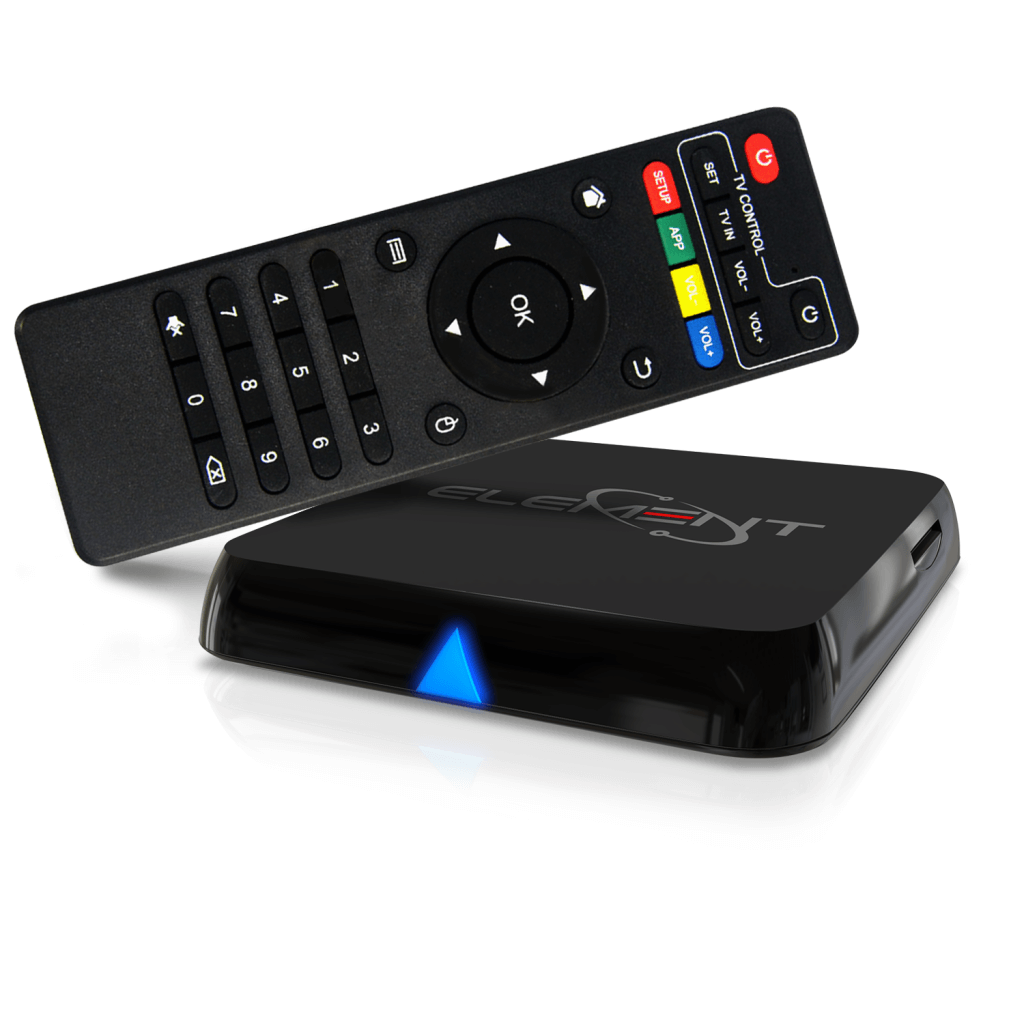 The Element Ti4 Android box comes in a small box that includes the Kodi box, an HDMI cable, a power adapter, and a remote. The first time you power the Element Ti4, you are taken right into a very nice home screen with large square icons and a bunch of preloaded apps installed like Kodi, the Google Play store, Facebook, Twitter, Pandora, Spotify, and Netflix. Other Android boxes make you go through a long setup and Google sign-in process before letting you see the goods, so it’s nice that the Ti4 comes ready to go.

Upon launching Kodi for the first time, you will find that it is already loaded with an Element-themed skin and a few select add-ons installed. For new users, this is great. Again, you can maneuver around and test out your new Ti4 Kodi box without having to go through a big drawn out setup process. I found that the default Element Ti4 skin and setup was lightning fast. Moving through menus and playing videos with very little wait time really showcased the power of the box.

The Kodi add-on installed on the Element Ti4 comes pre-loaded with a bunch of popular Kodi repositories so that you don’t have to worry about installing them on your own! Among the pre-installed repositories are XunityTalk, Eldorado, lambda, and TVADDONS. These make it easy to install some of the great Kodi add-ons like Genesis, Phoenix, SportsDevil, and Icefilms. Best of all, you get these repositories straight out of the box without having to pay a premium like with other Android boxes. 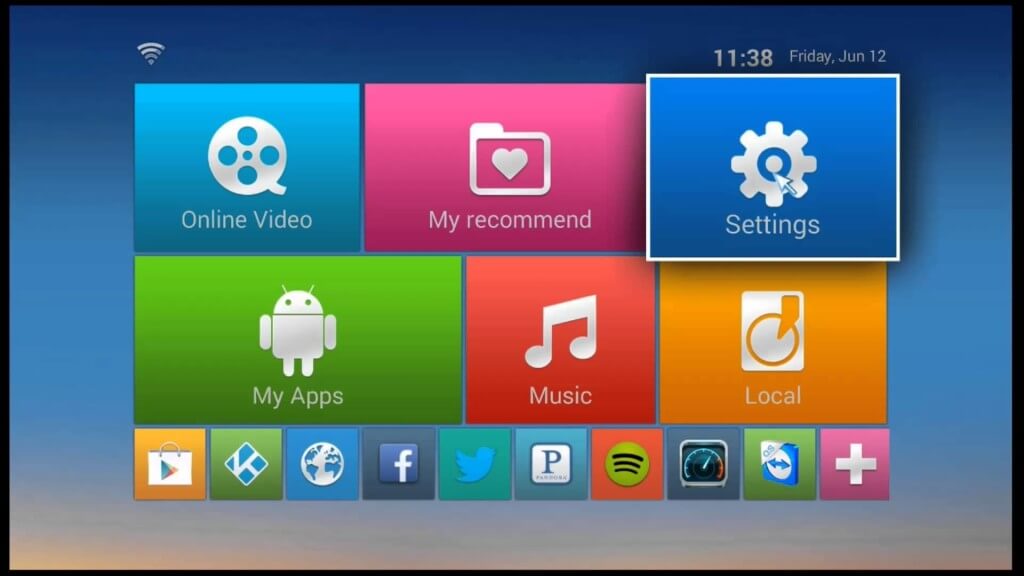 Just from looking at the specs of the Ti4, it was no surprise that it is able to play 1080p movies from add-ons like Genesis with ease. However, I wanted to see how it would hold up streaming live TV channels. I was pleased with how well I can stream live channels from the Phoenix add-on with no buffer from the Element Ti4 hardware!

Overall, I believe that the Element Ti4 is a great Android-based Kodi box. A sleek look, great specs, and an easy setup process make this the perfect Kodi box for $100. I’ve tried out a lot of Android Kodi boxes and have used ones that have trouble processing live video. The Element Ti4 is NOT one of those machines. If you are looking at buying a new Kodi box, the Ti4 should get some serious consideration!

If you are interested in learning more about the Element Ti4, visit the official website by clicking here. All Element Ti4’s come with a 30-day money back guarantee and a 1 year warranty! If you have an Element Ti4 or want to receive more information, follow us on Twitter or Facebook and ask us a question there!