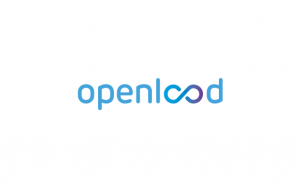 Popular file hosts Openload and Streamango have been shut down and taken over by ACE, the Alliance for Creativity and Entertainment.

Both sites were two of the most popular file hosts in existence, with an estimated 65 million or more visitors per months. If you try to access either web page, you are now greeted with a message from ACE that reads:

This website is no longer available due to copyright infringements. You will be redirected to alliance4creativity.com in 5 seconds.

According to ACE, these shutdowns were a major win: “Prior to this ACE action, Openload and Streamango were massive piracy outfits. Openload alone had more than 1,000 servers in Romania, France, and Germany, and generated more traffic than many leading sources of legal content.”

Kodi users are no strangers to ACE. It is the same group that has shut down many of the top Kodi addons over the past 2 years. ACE has routinely sent cease and desist notices to developers in the Kodi community, threatening them with further legal action if they don’t walk away from the community.

Unlike Kodi addons, which do not host any content and fall into a legal grey area, Openload’s case is more cut and dry. It was well known that the company hosted content that it did not own and fell subject to copyright infringement laws. Many of the top Kodi addons pulled media links from both Openload and Streamango.

It is estimated that there are over 100 active file hosting websites available on the internet today.

Comment below and let us know what you think about this news!

5 thoughts on “Openload and Streamango Shut Down By ACE”