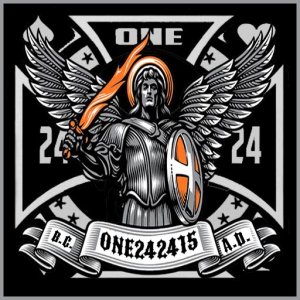 Playlister One242415 is leaving Phoenix and taking his section down on April 1st, according to posts on Twitter and in Kodi. Read on for more information on One242415 retiring.

March 26th: Due to overwhelming support, One242415 has just released his news announcement on Twitter. Read below to hear what was said about One242415 retiring from Phoenix, the support he received, and his new add-on to come soon (source).

Hi everyone, I’ll come straight to the point. For personal reason’s which I can’t disclose, I am retiring from Phoenix as of April 1st. My section will be offline April 1st. No, this isn’t a April Fool’s joke. Contrary to rumors, there is NO tension and in house fighting between my Phoenix Team members and TVAddons. In fact, I still will be with Phoenix in some capacity one way or another in the background with support and help. I’m not totally abandoning them, in fact I still have some content that will remain in Phoenix TV. Since my announcement on Kodi and Twitter about my retirement I have received over one thousand notifications on Twitter, unbeleivable! All of the comments were positive and not one was negative. I truly appreciate all the love and support you all have shown me. I never in my wildest dreams (thought) that my section in Phoenix was that popular. People pleading with me to stay on. There was even people that actually signed up on twitter for the first time just to let me know how they felt, and praying I would stay. I never knew my add-on meant so much to all of you. I feel very humble and honored. And because of this, I feel a sense of duty to re-consider my status. So just to let you all know, that I will be staying on Kodi TVAddons, but not with Phoenix. I will be starting my own add-on which will be available under the TVAddons Repo. probably around May 1st or sooner. It’s because of YOU that I will be staying on. I Thank you all for inviting me into your homes and living rooms.

Also, please continue to support Phoenix the add-on which I started several years ago. The team has great playlisters and fantastic new content. I would like to thank Cosmix, Morepower, Alpha Reborn, Crusader, Diva’s Den, Zodiac and TVAddons for their support on my retirement decision and also for starting my own add-on. We will continue to work together in the future. Also a big mention to our Phoenix Dev’s, if it wasn’t for them playlisters are nothing, big kudo’s them, they never get any recognition. I applaud you all. Also wait what Phoenix has in store for you all, stay tuned! And thank you for supporting One242415.

Popular Phoenix playlister One242415 appears to be retiring and taking down his playlist. We don’t know all of the details yet but here’s what’s been posted about One242415 retiring so far.

Around the same time, the following message began to appear at the top of One242415’s section in Phoenix, which is currently still there today. It reads, “For personal reasons, which I cannot discuss I will be retiring from Phoenix. *My section will be coming down*. Further details to follow on my Twitter page come April 1st. I’m really sorry :(”

We don’t yet know the full meaning of the One242415 retiring message and whether on April 1st we will see One242415 gone for good. As optimists, we really hope there’s more information to come because One24215 has been THE strongest playlist on Kodi for almost two years now. His playlist includes tons of great movies and Television. His Disney Playlist is something we’ve recommended over and over again.

Worth noting, the message at the top of Phoenix reads “I will be retiring from Phoenix” and not “..from Kodi”, which is in interesting choice of words. Or maybe we are being optimistic. Either way, as soon as we know more about One242415 retiring and what it really means to the Kodi world, we say: THANK YOU ONE242415.

Let us know on Twitter or Facebook your thoughts and keep watch to KodiTips.com for more information.