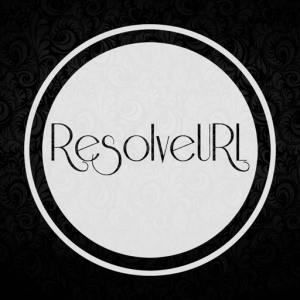 A fork of the URLResolver dependency called ResolveURL provides an alternative method to resolving links from file lockers in your Kodi addons.

Read more about the ResolveURL Kodi dependency here in our guide.

On February 20th, 2020, jsergio announced that he is giving up development of ResolveURL on Twitter. He posted the following message:

This is the last update I will push from my repo. I will continue to maintain the Debrid plugins & manage fixes pushed on my Github when I have time but I will no longer build the packages or push updates from my Kodi repo. Please fork ResolveURL, don’t push updates of your own.

Luckily for fans of ResolveURL, gujal has taken over ResolveURL with jsergio’s blessing and has already been making frequent updates to the addon.

Check out information on the latest version of ResolveURL. by gujal below.

The latest version of the ResolveURL Kodi plugin is v5.0.41 from April 2nd, 2020. Recent updates incklude:

Recently, Full LinkSnappy support has been added to ResolveURL, including cached torrent support. LinkSnappy is a solid Debrid option for fast and premium media links. Read all about it in our LinkSnappy guide.

Previously, cached torrent support for alldebrid was been added, which means that all 4 premium services (Real Debrid, Premiumize, Alldebrid, and LinkSnappy) have full torrent and advanced nctionality.

If you are a Premiumize or Real Debrid user, you can now enjoy cached torrents in all addons that support ResolveURL.

ResolveURL is a non-prejudice dependency resolver that decodes links from popular file locker hosts, allowing Kodi to play media from these sites. It is a fork of URLResolver that is maintained and developed by jsergio123, who is one of the best Kodi python code distributors on the internet today.

The ResolveURL Kodi add-on works in the background of Kodi (called a dependency) to decode file hosts in order to play the root movie or TV video stream.

If you are new to Kodi, you probably notice that a lot of add-ons use the same filehosts – Gvideo, clicknupload, zshare, dizilab are some of the popular ones.

The ResolveURL Kodi add-on knows how to navigate through these hosts, clicking through captcha’s and virtually retrieving the streaming file which you see in Kodi.

In order to use the dependency, addon developers will need to recode their addons to use the new dependency instead. The end user does not need to make any changes on their ends.

When you install an addon that uses the ResolveURL dependency, it will automatically be installed. You will then see the updates to ResolveURL in your recent addon updates area.

The first time an addon updates to use ResolveURL over another resolver dependency, there are a couple of very important notes you need to be aware of:

ResolveURL is automatically installed with any add-on that uses it, so you don’t have to worry about installing ResolveURL. Per jsergio, developers can add it as a dependency by adding the following code to their addons.xml file:

NOTE: Jsergio is not responsible for urls being resolved by 3rd parties. ResolveURL only resolves video content from legitimate file lockers without prejudice. If this script is being used by 3rd parties to resolve content that you feel infringes upon your Intellectual Property, then please take your complaints to the actual file host and not me. This script in no way searches for any content whatsoever.