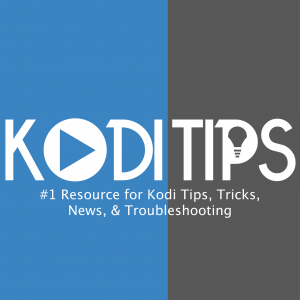 This week, Kodi 19 was officially released after a full year of development time. The new release of Kodi comes with a few nice features, including:

However, the one key thing is that Kodi 19 removes support for Python 2.7, which most Kodi addons still use.

So, we recommend NOT upgrading unless you know your addons are ready for the new version of Kodi.

When the Kodi Foundation is done new major versions, they post the update on their website and also submit it to the app store for Android TV and Windows users. Like the app store on your phone, these operating systems automatically update apps in the background by default unless you disable this capability.

Some users choose to wait on the old version of Kodi until the latest release is verified to be stable and working with third party Kodi addons.

After you do this, you will have to manually update the application by downloading the latest copy from the Google Play Store on Android TV or Windows Store.

This will stop Kodi from updating automatically in the future.

If you don’t want ANY Android TV app to ever update without your permission, you can turn off automatic updates for everything as follows:

How to Turn Off Automatic Updates on Windows For All Apps

If you don’t want ANY Windows store apps to ever update without your permission, you can turn off automatic updates for everything as follows:

This will stop Kodi from updating by itself in the future.

Note that this will not go back in time and stop Kodi from updating from v18 to v19.