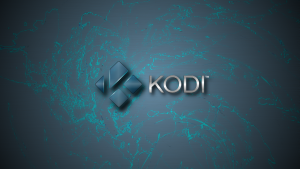 
This is the ultimate guide to Kodi 19, the next major update to our favorite media center.

So if you want to learn:

All of the latest updates announced.

Then this is the guide to check out. Let’s dive in!

October 25th UPDATE: Kodi Matrix 19.3 version was released yesterday. It’s not been much longer since the Kodi 19.2 was released (October 8th, 2021) with bug fixes and added platform support, especially considering the challenges users faced with the Xbox.

February 20th UPDATE: Kodi 19 is now released! The release comes after just one release candidate version came out at the end of January. We recommend that you click here to stop Kodi from updating while addons are not compatible with Python 3.0 yet!

Check out the features below and get Kodi 19 download information.

Each version of Kodi comes with a codename to help users identify it.

The Kodi foundation asked for suggestions on their forums for the Kodi 19 codename, which starts with ‘M’.

A shortlist was put to vote by the developers and the Kodi 19 codename is Matrix.

Kodi 19 came out following over a year of development time that included:

The Kodi software is well-developed and new major features are harder to recognize and implement. Kodi 18 also runs very well on all operating systems. Because of this, it wouldn’t be a stretch to see another two year development cycle.

The Kodi team has always allowed users to test “nightly” versions of its software. These nightly versions often include features that are unfinished and untested and are not recommended for any permanent or main usage. If you don’t know what you are doing, do not try to install the nightly Kodi 19 alpha version.

For those that do want to try out the new Kodi download, you can get more information from the official Kodi nightly release page.

Check out what new Kodi 19 features you can expect to see in the final release.

So what new features does Kodi 19 have? The beta version release has highlighted a few cool features:

Beta #2 was a bugfix release with no new features. The team has said that beta #2 should be mostly stable and able to run now. If you try it out, make sure to give feedback to Kodi on how things are working!

On the Kodi forums, a wish list of features was created for Kodi 19 and the most requested new features were:

What features do you want to see in the new version of Kodi? Comment below and let us know!

Kodi Matrix 19.3 resolves most problems on Xbox that users found in Kodi 19.2 and earlier versions. It follows 19.2, which fixed issues with PVR, Windows, and Xbox features. Without further ado, let’s get to the key details of the minor update.

Note: On most platforms, the Kodi account will automatically upgrade to Kodi 19.3. However, be sure to backup your data in advance in case of any suspicion. Also, since it is a minor version upgrade, you shouldn’t face any difficulty in getting your hands onto it unless you’re upgrading from Kodi 18 series to 19 series.

One of the most common questions whenever a new version of Kodi is released is whether or not addons, skins and builds are backwards compatible with previous versions of Kodi.

We will update this section with more information as soon as it is available. However, a lot of the work in the past few versions of Kodi has been to standardized code and dependencies and modules in the back end. This should increase the likelihood of Kodi 18 addons being backwards compatible with Kodi 18 addons.

The biggest change is that addons need to be built using Python 3. This will require some code changes by all addons in order to be compatible. This announcement came back in 2019, so developers have had a lot of time to prepare.

We will update this area with more information soon!