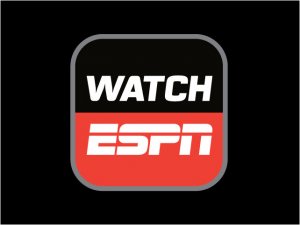 Stream ESPN on Kodi, and its secondary channels, thanks to the ESPN 3 Addon, which bring watchESPN to Kodi. ESPN is the USA’s number one sports channel.

NOTE: The following guide to stream ESPN on Kodi thanks to the watchESPN service and ESPN 3 Kodi addon is only available to those who already subscribe to cable, Sling TV, or Playstation Vue. If you are a complete cord cutter, the guide below will not help you.

WatchESPN is ESPN’s live IPTV service which allows you to the following ESPN channels and affiliates:

The WatchESPN service is available on Kodi via the ESPN 3 add-on, which allows you to stream ESPN on Kodi. In order to authenticate with the addon, you need to be subscribed to one of the following cable providers:

If you subscribe to one of the company above and use Kodi on a secondary TV or prefer to use the Kodi interface, stream ESPN on Kodi easily via the install guide below.

The first time you launch the ESPN 3 Kodi addon, you’ll be asked to enter in your cable provider login information before you can stream ESPN on Kodi.

Hopefully this helps you stream ESPN on Kodi easily if you didn’t know it was possible before! Let us know on Twitter or Facebook if we can help you out!