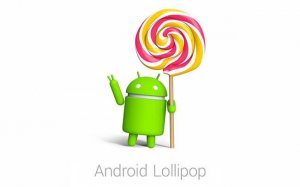 With the upcoming release of Kodi 17, there will be a requirement of Android 5.1 as the minimum operating system and users running Android 4.4 will be isolated to old versions of Kodi. Let’s look at the top Android 5.1 Kodi boxes available today!

November 10th: We’ve added Amazon Canada and Amazon UK links to the Kodi boxes below! Purchase safely and securely directly through the local Amazon website of your choice today when buying a new Kodi box.

Android 4.4 is almost three years old and has run its course. New features in the upcoming Kodi 17 version will require a minimum of Android 5.1 which means that support for 4.4 Android will be dropped! We have done research to find some of the top Android 5.1 Kodi boxes that will keep up able to run Kodi as flawlessly as possible.

When looking at Amazon 5.1 Kodi boxes, here is the criteria we followed:

Most other features are irrelevant. Android box sellers like to throw out buzzwords like “HD”, “4K”, or “3D” to make them sound up to date or more powerful. These words don’t say anything about the quality of the hardware, since Kodi add-ons are what drive the content to your TV screen.

And with that, here is a good selection of Android 5.1 Kodi boxes for you to try out if you think it’s time to upgrade your Kodi hardware.

Amazon has plenty of other options as well, but this is a small collection we’ve filtered through. The large majority of Android boxes are manufactured in the exact same spot and are identical except for the brand name.

If you are willing to spend a little more or do a little more technical setup, there are two Kodi boxes options that we feel are better than the ones above:

If you know of any other Android 5.1 Kodi boxes than the ones above, let us know on Twitter or Facebook so that we can update the list!