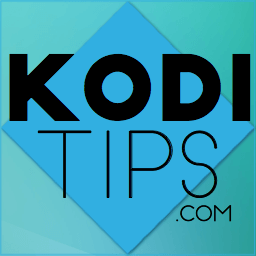 Lawyers on behalf of TVamdons and the Kodi addon ZemTV have asked a Texas Dsitrict Court to dismiss the piracy lawsuit filed against them earlier in 2017.

The Dish Network lawsuit against TVAddons and ZemTV got some fresh news today when lawyers representing both TVAddons and ZemTV asked a Texas court to dismiss the piracy lawsuit against their clients on grounds that they are both foreign nationals with no connection to Texas. Therefore, the entire course case violates their due process rights according to the defense.

The lawsuit by Dish Network against TVAddons and ZemTV has been fairly quiet after news initially broke about the lawsuit and then the Texas court officially named both defendants by legal names earlier this fall. Both defendants are accused of copyright infringement for their role in the ZemTV Kodi addon, which was hosted in the TVAddons repository, and face up to $150,000 in damages each.

While the original court case was filed in Texas, TVAddons resides in Montreal, Quebec, Canada and ZemTV in London, England. The two are both defended by Erin Russel and Jason Sweet, who have asked the court to drop the case due to the limited connection to Texas. According to court documents, the Texas District Court does not have jurisdiction over the two defendents.

Defendents can be sued in a district they’ve never been as long as they “directed actions” at the state or its citizens. Dish Network claims that both defendants made their services available to residents of Texas, however the defense team argues that is not enough to establish jurisdiction in this case.

“If this case proceeds this would go against the US constitution, violating the defendents’ due process rights. Whether the infringement claim holds ground or not, Dish has no right to sue.

The Texas court must not decide whether or not the case will proceed. We will keep you up to date on all new updates about this court case on our home page.