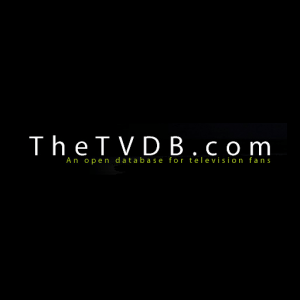 TheTVDB, the popular source for TV show metadata, has switched to a paid subscription model that forces users to pay for the service. In addition, all old APIs, including the one used by the majority of Kodi addons, is going offline soon.

What does this mean for your favorite Kodi addons?

When do these changes take effect?

We have all of this information and more, below.

Table of Contents
1 What is TVDB?
2 TVDB Paid Subscription
3 What does TVDB going paid mean for Kodi?
4 TVDB Alternatives For Kodi

TVDB is a popular database for TV information. The TVDB API Key allows you to access this database and pull in information such as titles, posters, plot for nearly every movie and TV show in existence. As well, it supplies categories such as Popular, Top Rated, Now Playing, etc.

Kodi addons use these categories and information as well, since they are nothing more than google search engines and provide or host no content of their own.

Before Christmas, the email below was sent to all TVDB members, notifying them that the service would be moving to a paid subscription model. Accessing the API would cost $12 per year in order to pay for the costs associated with maintaining the service.

There are some big changes coming for TheTVDB that will affect both developers and our end users, most notably our brand new API (“v4”). With the launch of this new API fast approaching, we wanted to give an overview of all of these changes.

There are now two ways to access TheTVDB API. Each company, platform, or project will have the ability to select their preferred method of access. This decision will ultimately be up to the developers of the projects themselves, so if you are an end user, you’ll need to wait for the platform/software you use to announce any changes regarding your access.

This is the way things work now. Companies and projects enter into a contract with us and are given an API key. License fees are based primarily on usage, company size, and how the data is used.

This is new. Some companies can’t or don’t want to license API access directly, and have requested that we pass along any cost to end users. We have determined an approach that will keep this affordable and accessible for all, detailed below.

A note for Plex users: TheTVDB is in ongoing active discussions with Plex. Please stay tuned for more information if you are an end user of Plex.

User subscriptions are global, and not tied to a specific API key. This means that if, as an end user, you use three projects that make use of TheTVDB API, your subscription will grant access for any of them that choose the user-supported model.

A subscription is required ONLY if the project/software you’re using has indicated so — although we’d love for you to support the site anyway.
Subscribing will grant you a unique PIN, which will be entered into the software you use.
User subscriptions will be $11.99/year.
Subscriptions will also include an ad-free site experience, a warm fuzzy feeling in your heart, and future incentives that we’re planning.

While we believe this to be a reasonable subscription fee, we understand that some of you may prefer another approach. With that in mind, we’ll also allow users to earn a free annual subscription by contributing quality data to the site, like missing IDs, translations, and artwork. We’ll provide additional details concerning this model in the coming months.

In addition to the new paid requirements, TVDB is also retiring v1 of their API. v1 is used by nearly every Kodi addon in existence.

What does TVDB going paid mean for Kodi?

Simply put, Kodi addons with TV metadata will be severely limited if they do not pay $12 per year and update the addons to work with the new v4 API.

Kodi addons that aren’t in development will no longer work.

For addons still in active development, developers will have to decide whether they want to pay and update the API calls in the addon.

Today there aren’t a lot of really great TVDB alternatives, which makes this news big. We aren’t sure which way Kodi addons will go yet and which service they will move to. Some TVDB alternatives are:

Trakt uses TVDB as its source for TV show information. This might mean that Trakt is a good TVDB alternative in the future.

Once Kodi addons add support for v4 of the API, you might be able to pay $12 for your own API key and use your own TVDB key.

As soon as we know which way Kodi addons are moving, we will let everyone know!