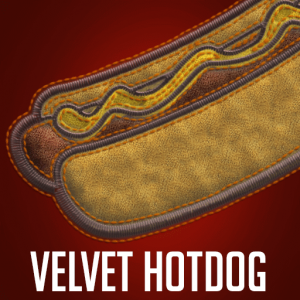 The Velvet Hotdog Kodi addon is a source for new movies in Kodi, but with a little different twist on content, giving you another great option to stream movies in Kodi.

The Velvet Hotdog Kodi addon is from mhancoc7, who has developed a ton of great addons before including USTVNow and FilmOn Simple. Velvet Hotdog is his first Kodi movie addon.

The addon is unique in that it doesn’t give a list of streams to pick from and it doesn’t require a lot of waiting time in Kodi for the addon to scrape information back. Velvet Hotdog uses the Vodlocker API to pull in streams from tons of available sources. The addon uses the stream provided by the API first, since it tries to give you the best and most reliable stream.

As soon as a stream is available, Vodlocker should be able to return the stream to you,. This will cut down the waiting time it takes addons to cache updated copies of new movies.

If you want to check out the Velvet Hotdog Kodi addon and see if it is a good fit for your Kodi box, follow the guide below:

NOTE: This addon no longer exists and you cannot install it.

And that’s it! The addon will be found in your video addons along with the rest of the things you’ve installed on Kodi. Let us know on Twitter or Facebook if we can help you out!