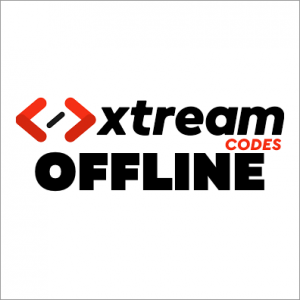 Big news out of the IPTV world that Xtreme Codes has been raided by police and is now offline. This guide explains what Xtreme Codes is (if you aren’t aware) and a summary of whats happen, which IPTV services are down, and what it means for the end consumer.

What Happened to Xtreme Codes?

On September 18th, Police in Italy, Germany, and Malta moved to seize servers operated by Xtreme Codes and people affiliated with the operation.

Following the raid, all Xtreme Codes panel and backend servers and social media accounts were offline. All servers were seized during the operation.

In total, 181 servers were seized, 30 of which were main servers and the rest “re-broadcast” servers.

The entire investigation took 3 months and started in Italy when one reseller was caught selling subscriptions to the Xtreme Codes IPTV service. Police used information from that reseller to locate and find other Xtreme Codes resellers and operators.

What is Xtreme Codes?

Let’s back up for a second in case you don’t know what Xtreme Codes is. Xtreme Codes is an IPTV software package. Nearly anyone could buy the Xtreme Codes service and start their own IPTV company. Xtreme Codes provides media streams and resellers are in charge of creating the web interfaces and users to their service.

Many IPTV services operate this way. The channel providers are often hidden and out of site and the resellers carry a lot of the liability and risk.

If I subscribed to an IPTV Provider who used Xtreme Codes, am I at risk?

When the Xtreme Codes servers were seized, it included all administrative infrastructure data for most IPTV services in the world. This means that police have stream server IP addresses and customer data of all customers and all servers and illegal streams used by all IPTV providers.

This means that police can look at the IP addresses of all stream servers stored by Xtreme Codes and they will know the exact IP addresses for channels by most IPTV providers worldwide.

The war against IPTV has always been about seizing and closing down the “head of the snake” so while users COULD be implicated, the changes of doing so are fairly low.

Police mentioned that 800,000 users were watching streams during the raid and that Xtreme Codes stored over 50,000,000 customer accounts on their servers.

Which IPTV Services Are Offline?

We don’t want to call attention to any IPTV services in particular, but if you use IPTV and don’t have streams today, there’s a high percentage that it was using Xtreme Codes as its backend.

Expect hundreds of other IPTV services to go offline in the coming weeks as police look through the administrative data and identify IP addresses of other resellers and services.

If I use IPTV, how can I protect myself?

Very simple, there are two things you should already be doing:

That’s it! Don’t be stupid.

If none of this makes any sense to you, we have a guide on IPTV that you should read to get caught up to speed.