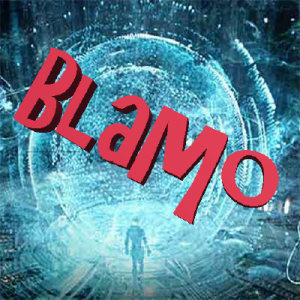 Are you finding that the Blamo Repo is offline, gone or not working for you? We have the latest news and information about the future of all of Blamo’s addons, including Neptune Rising, Placenta, Chocolate Salty Ballts, and others!

If you try to access the repo by its normal address, http://repo.mrblamo.xyz, you will receive a 500 error message, which indicates a problem with the internal server.

As well, if you try to access the Blamo Github address, you will no longer see the Kodi addon files for Blamo’s most popular addons and they are gone as well.

So why is the Blamo Repo offline?

Well, there is no OFFICIAL reason yet, but Blamo posted the following in his Telegram chat:

So long everyone, it was a nice run. Hate to leave something I love but its come down to this and I’d like to apologize and wish everyone luck..

I’ll keep this group active to help people. Repo has been pulled addons and my code pulled

Repo and Github Gone any Githubs saying blamo won’t be me.. as a developer I’m done for good

As soon as we have more information about the Blamo repo being gone, we will pass it along.

With Blamo’s repo gone, you will no longer be able to install his popular addons such as Chocolate Salty Balls, Placenta, Neptune Rising, Aragon Live, and others. As well, the Pure Repo and PureSoccer addon are not installable as of right now.

If you have any of the above addons installed, do NOT uninstall them. Kodi addons do not host any content and all scrapers for the addons will still work until the time that they break without future support.

Check out our best Kodi addons list for some other Kodi addons to replace the ones lost with the Blamo Repo offline.

We wish Blamo nothing but the best, no matter what his reasoning is for going offline.

2 thoughts on “Blamo Repo Offline: Get the Latest Information Here”