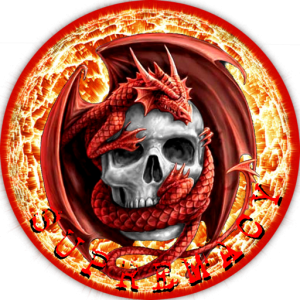 A new fresh set of Kodi repositories have all gone offline: Supremacy, 13 Clowns, Maverick TV, Overeasy, and several other repositories are no longer available for install.

June 26th Update: We’ve updated the list of repositories which have gone offline below and also some wording in the next paragraph to confirm that it was the developer of the Supremacy addon who was taken into custody by FACT in the UK.

Unlike previous repositories taken offline after developers received letters from ACE and went offline to keep themselves out of legal harm, the latest news appears to be a shockwave after the arrest in the UK of the supremacy addon developer earlier in the week.

Torrentfreak first reported that a UK man was arrested related to Kodi activities on the same day that the popular Supremacy repository went offline without a trace. After talking to FACT, the Federation Against Copyright Theft, TorrentFreak confirms that a 40-year old man who ran the Supremacy Kodi addon was in fact the target.

Per FACT: “This was a decision taken by FACT who advised rights holders such as PL [Premier League], Sky, BT Sport and VM [Virgin Media] that police action was the most proportionate response to the level of damage and harm that was being caused by these entities.”

What the final charges will be in this case, if any, remain unclear.

In response to the new, a number of other Kodi repositories have packed it in and called it quits after the Torrentfreak article was posted.

In addition, the Redemption addon by Bucky Media, which was hosted in a few different repositories, has also gone offline in this shuffle of addons!

All in all, it’s a sad month that some of the most popular Kodi repositories went offline.

It will take us a bit to update the addon pages for all of the ones who are now offline and for us to update our best Kodi addons list.

Follow us on Twitter as we keep everyone up to date with the latest Kodi news and information.