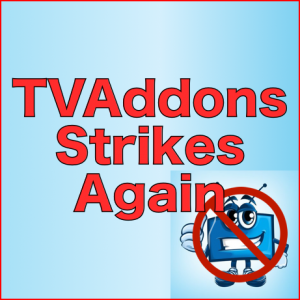 December 18th Update: TVAddons has pushed an update to URLResolver, v5.0.47, which removes the dependency for the Indigo addon. The only message from the website on Twitter reads:

We’ve just pushed an update to URLResolver for Kodi, and have removed the recently added dependency which was a source of contention. Hopefully this will please everyone.

If your URLResolver has updated to v5.0.47, you should now be able to manually uninstall the Indigo addon and TVAddons Repo by following steps 3 and 4 below.

Are you seeing a pop up for the Indigo addon by TVAddons on your Kodi box that wasn’t there yesterday? You aren’t alone!

On December 12th, 2019, an update to the TVA repo, which houses the URLResolver addon, added Indigo as a required dependency.

Many repositories pull in the TVAddons repository as a dependency, so this change affects many addons! If you have an addon that uses URLResolver and incorrectly has the TVA repo as a dependency, the update installs Indigo on your Kodi box without your permission. It’s another disgusting move that paints a huge black mark on an already controversial website in the community.

Use the social media sharing buttons underneath the article image to share this on social media and spread the word!

On December 12th, the URLResolver addon was updated to v5.0.46. Included in the code changes for the update in the repo is the addition of the Indigo plugin as a dependency:

Since URLResolver is a dependency for other Kodi addons, your Kodi box may have automatically tracked and updated URLResolver to v5.0.46. If it did, you are probably seeing Indigo popups on your Kodi main screen now.

This isn’t the first time that TVAddons has taken steps install their junk on your Kodi setup without your permission. Both Blamo and 13 Clowns repos were taken over after the developers quit in order to install Indigo and its dependencies as well.

The fix for this is a little bit more complicated than when TVAddons hacked the 13 Clowns repo and added their dependencies there, since it could be any number of addons on your system using URLResolver. Let us try to explain how to remove TVAddons from your box:

The number one culprit appears to be the Rising Tides Kodi addon, which has the TVAddons repository as a dependency into it.

It is NOT the developer’s fault.

At one point, URLResolver was a legitimate Kodi resolver dependency that powered a large number of Kodi users. You may choose to take a day away from Kodi and wait for these developers to update their addons to remove URLResolver. This way, you can simply uninstall TVAddons and keep these addons once they are no longer pointing to the URLResolver repo.

Step 2: Revert URLResolver back to the last version

In order to uninstall Indigo, you need to roll back URLResolver to v5.0.45, before the Indigo dependency was added as a source inside of the repo. To do this:

After that, give Kodi a restart. If you don’t get an Indigo popup, then you are not infected anymore. If after restarting, another addon is pulling the TVAddons repository in, then you will see Indigo reinstall itself and show up again.

We’d also like to improve the step-by-step instructions above if you are still having issues.