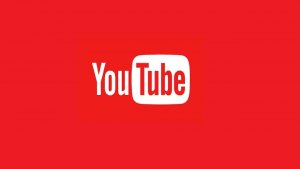 A backend change by YouTube has blocked all third party apps and addons from using the service, which means that all Kodi addons using YouTube are currently blocked and not working. Check out all YouTube not working Kodi details below.

As of the end of the day on September 11th, the Youtube Kodi addon has been updated and any addon using Youtube is also functional again.

The change began earlier this morning (September 11th, 2019)  and a few developers have shed light on the situation:

FrenchDJ, who owns the popular FDJ.HD app had this to say:

YouTube just disabled all 3rd party apps from viewing videos. They are making their servers speak a totally different language which the 3rd party apps don’t understand yet (that’s why we all see the ‘No Streams Found’ error) and need to be fixed.

Some we less thrilled, including Grindhouse:

So the fine folks (fuckers) at YouTube blocked all 3rd party apps from streaming so they killed all our add-ons. We’ll be working on a fix if there is one so bear with us.

For not, there is nothing that any Kodi user can do other than sit back and wait.

Some addons affected fully by YouTube not working in Kodi are:

Along with countless other addons which use YouTube for information or some of their streams.