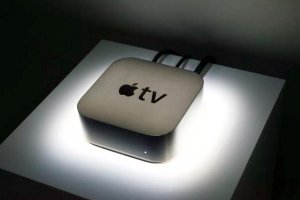 Learn all of the details for getting Apple TV Kodi configured on your 5th generation 4K HDR Apple TV. Install Kodi, view all of your media, install addons, and enjoy the popular media center on the Apple TV 5.

Welcome to our full Apple TV Kodi install guide. Our focus is currently on the Apple TV 4th and 5th generation hardware, which includes an updated processor and the tvOS operating system. The 5th generation also has 4K and HDR functionality and is Apple’s most current piece of hardware. There are currently two different processes available to install Kodi on the Apple TV. Neither process is 100% convenient, so read them below for your convenience before making your decisions.

Why doesn’t Apple allow Kodi in the App Store?

Apple has some of the strictest rules for allowing apps into its App Store and Kodi produces a few red flags for Apple:

So, the only way you’ll get an easy and native Apple TV Kodi install method in the future is if you can’t install any third party addons, and what is the charm of that? Because of this, the two ways listed below are the only two ways to install Kodi on the Apple TV. There is also no jailbreak projected for the Apple TV hardware. A jailbreak gives users access to install third party applications (such as Kodi) by “breaking in” to the Apple operating system and allowing you control. A jailbreak for the Apple TV 5 by the jailbreaking community is not currently planned.

What is the Apple TV?

Apple TV is a digital media console. Similar to an Android TV box or nVidia Shield, the Apple TV is optimized for the big television screen and comes pre-installed with an operating system that supports some base apps, settings, configuration, and an app store. Through the app store, you an install media apps and games such as Netflix, Sling TV, Playstation Vue, and others.

What about the Tweakbox method available to install Kodi on the iPhone?

The iPhone has the ability to install an application called Tweakbox, which lets you install third party applications such as Kodi without the need to jailbreak your device. Unfortunately, Tweakbox cannot be installed on the Apple TV because the tvOS supplied by Apple does not work the same as the iOS on the iPhone or iPad.

While Tweakbox would be a solid option for the Apple TV because, well, it’s free, there are no current plans to bring that solution to tvOS.

And with that, here we are. Take a look at the two Apple TV Kodi install methods below and decide what is best for you.

The following method requires Xcode, the Apple application used for creating and developing apps. It is only available on Mac computers by default. It CAN be on a Windows machine if you have a virtualized version of Mac setup on it, which is not covered in this guide. Unfortunately, if you don’t have XCode then there is no way to follow the steps below.

If you do have a Mac computer then great, you can move on to the next step. You need to download or make sure you have the following things at your disposal for the Apple TV Kodi install guide:

If you have the Apple TV 5, connect it to your Mac using the USB-A to USB-C cable.

If you have the Apple TV 5, it does not have a USB-A port and you must connect it to your Mac in the following way:

When it is done installing, you should now see the Kodi icon as a program installed on your Apple TV. If you have an Apple developer account, Kodi is there to live forever! If you don’t have a paid developer account, you will have to perform the steps above every 7 days in order to get Kodi working again.

The Apple TV Kodi install method above is the traditional way to get Kodi on the Apple ecosystem. It’s not pretty or smooth, but it will get you what you need.

The method below is an alternative format for installing Kodi on the Apple TV. It does not require an Apple developer account for $99 per year, but it is not free either. The number of steps required to get Kodi on your Apple TV is greatly reduced, and you don’t have any 7 day restrictions on your Kodi software either.

KodiTVBox is a service that offers to do all of the leg work listed above for you on your Apple TV 4 or 5. They create you a custom IPA file that is specifically made for your Apple TV. They also walk you through all installation steps.

Enterprise developer licenses allow multiple devices to be configured for applications. When you sign up for their service, they are simply using one of their slots on you to configure your machine.

The yearly cost of the KodiTVBox service is $25, or 75% off the price of the Apple developer account. If you have no use in being a developer, this represents good savings.

As part of the deal, you also get Kodi updates included with the service. This means that when Kodi 18 is released, you will be sent instructions on how to update it on your Apple TV box.

As of today, those are the only two Apple TV Kodi installation methods. If you find a different way, let us know on Twitter or Facebook

Related: Click here to install Kodi on your iPhone without jailbreak