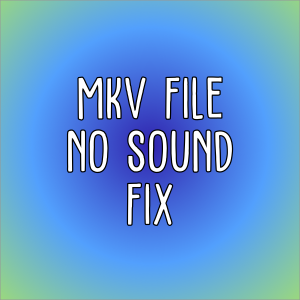 Have you tried to play a video file on an Android TV APK and found no audio or video on the stream? Come learn about a common MKV no sound issue and learn how to fix your problems today!

After this guide you will be able to watch streams with:

Regardless of file type.

Let’s dig into it.

What are MKV Files?

MKV files are a modern media container file that packages audio, video, and subtitles using separate parts. Compared to traditional MP4 or AVI file formats which bundle and compress everything together, MKV files are separate components combined during playback.

MKV files allow different codecs for audio and video to be used.

Why Do Some MKV Files Not Work on Android TV?

Android TV APKs such as TVZion or TeaTV scrape the public internet for media files that match your search query for a title. When a file is chosen, which may be an MKV by chance, the file is passed on to a native Android player for playback.

Two of the most common Android TV players are MX Player and VLC. They do a generally good job of playing back any media file you throw at it.

EXCEPT that some really new audio AC3 or DTS codecs (don’t worry if those mean nothing to you) aren’t supported by MX Player Free or VLC yet. So when your Android TV APK goes to play files using those codecs, it doesn’t know how to process it and chooses to give you display MKV no sound instead.

How to Fix MKV No Sound or Video

In order to fix having no audio or video in some MKV files, you have to tell MX Player to use an updated custom set of codecs.

The bad news is that you can only load custom codecs on the pro version of MX Player.

The GOOD news is that it is easy to apply a patch MX Player which allows you to playback all video and audio codecs.

How to Install Patch MX Player for AC3/DTS MKV Files

The MKV no sound issues you’ve been having will now be fixed!