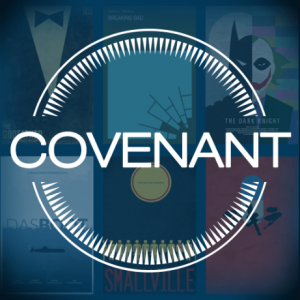 Have you noticed a new Covenant Module Kodi addon added to your Kodi system? Find out what it is below and why it is a good thing.

November 6th: The Covenant Module Kodi dependency received a fairly large update today to v1.0.22. Amongst the changes listed below, this update fixes the issue in Covenant where a “No Stream Available” would pop up even though the dialog box showed that streams were being return. Other changes include:

If you have either the Covenant or the Bennu Kodi addon, you may have noticed a new dependency added to your Kodi system called Covenant Module. Have no fear, this dependency is a good thing!

Multi-source Kodi addons need two things in order to display and playback streams: a scraper and a resolver. The resolver is the actual file host that stores video files. Some common resolvers you may have seen in Kodi are openload, vidzi, and gvideo. The URLResolver dependency universally takes care of resolvers, so a single update to it can update every addon that uses it.

The new Covenant Module dependency uses a similar concept but for the scrapers in Kodi. Scrapers are the websites on the internet that store media metadata and listings of media files. Some popular scrapers are Primewire/1channel and 123movies.

Because both the Covenant and Bennu Kodi addons use the same developers and base, Covenant Module will allow a single update to fix scrapers in both addons.

Both Covenant and Bennu can be found within the Colossus Repository.

So, if you recently noticed and were curious about the Covenant Module Kodi dependency, you now know what its purpose is on your Kodi box.

24 thoughts on “What is the Covenant Module Kodi Addon”