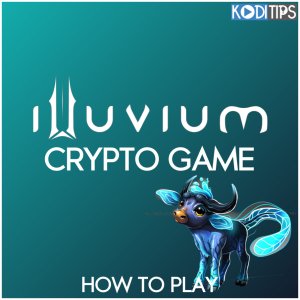 This is the ultimate guide on how to play the Illuvium crypto game, one of the most highly anticipated blockchain games announced so far. Specifically, we will go over:

Illuvium is an interesting RPG play to earn game that features blockchain and crypto elements to help drive decisions in the game. We’ll show you everything you need to get started playing.

If you have any questions about the Illuvium game, comment down below and we will help you out.

What is the Illuvium Crypto Game?

Illuvium is a role-playing game (RPG) where you can design 3D characters in an open-world setting. The game lets you traverse the scary world of Illuvium to uncover the mysteries of the planet.

Players can participate in quests, hunt and capture native creatures called Illuvials, and stake their digital assets in a zero-fee, decentralized framework. Being a play-to-earn game, you can also earn in-game rewards in Illuvium. The game has components from Pokemon, Zelda, and other popular RPG games.

In-game assets in Illuvium include emotes, items, skins, and collectibles. They exist as NFTs and are stored in your wallet. You can trade the NFTs in-game, on the game’s decentralized exchange, IlluvDEX, or on NFT marketplaces like OpenSea.

Illuvium is different from other blockchain games because of a few cool features:

In addition to the style of game, there are a few features to find when you play Illuvium that we love:

The Illuvium crypto game has generated a lot of hype with its gorgeous graphics and promise of AAA gameplay.

As you explore the land of the alien, you will discover scary creatures called Illuvials. These creatures possess godlike elemental powers. You can capture or control Illuvials by storing them in Shards.

Characters take on the role of a hunter in a bid to uncover the mysteries of this strange planet. Characters can also travel across the planet unlocking obelisks that open up more challenging regions on the planet.

The Illuvium crypto game is one of the best Pokemon game alternatives on the blockchain.

Illuvium has over 100 beasts and creatures called Illuvials. They populate the planet, each having its unique abilities, affinities, and classes.

The classes included in the game are:

The  creature’s include fire, air, water, earth, and nature.

Upon capturing an Illuvial, a new NFT will be minted and stored in your wallet. These creatures can form symbiotic relationships based on common affinities or classes. Different relationships create different bonuses.

You can also fuse two or more Illuvials to create a more powerful form.

ILV is the native token of the Illuvium ecosystem. You can stake $ILV to earn rewards from the ecosystem. Staking $ILV is easy and straightforward, but requires a compatible Ethereum-based wallet containing ETH and ILV to pay for gas.

Follow these steps to stake your $ILV to earn more tokens:

Illuvium: Zero is a mobile mini-game that is designed to directly interact with the main game. Once launched into the metaverse, Illuvium: Zero is the base building game, which will be staged on a piece of land.

The land will exist in two forms – the free and paid version.

According to the official road map, Illuvium will launch its public beta in the first quarter of 2022. The developers have also propose to launch a second major update later in 2022.

Until then, you cannot play the Illuvium crypto game yet. However, you can register your interest by using the instructions below.

Illuvium offers crypto enthusiasts the first-ever AAA-rated crypto gaming experience on the Ethereum blockchain. In the game, you will take up the role of a transport ship from a space fleet. From a mysterious ruined planet, your character will investigate a distress beacon that’s about to be covered by a vast crystal ocean.

An extreme weather event creates a burst of radiation that disrupts the operation of the ship’s engines, causing the ship to crash-land on the planet’s surface.

Your character is the only survivor of the crash. You can traverse the scary world of Illuvium to uncover the mysteries of the planet. You can participate in quests, hunt and capture Illuvials, and store them in Shards.

ILV is an ERC-20 token built on the Ethereum blockchain. You don’t need ILV to play Illuvium crypto. However, you can purchase the token on SushiSwap. Other exchanges are also offering ILV for sale, but they are not officially supported.

Patronizing these exchanges means that you may be overpaying for the tokens.

Please note that all in-game purchases require ETH, and not ILV. Additionally, Illuvium has another token known as “sILV,” which stands for Synthetic ILV.

sILV is a synthetic version of ILV and can be used in-game for things like shard curing and travel. However, you cannot use sILV for player to player transactions like buying or selling of Illuvials. You can earn sILV by staking ILV in the liquidity pool. Interestingly, the value of sILV is pegged to that of ILV.

Thanks to the integration of Immutable X with Illuvium, users can enjoy a new era of NFTs. One of the drawbacks of NFT projects is the high costs of carrying out transactions on the Ethereum network. This makes users pay heavily on gas fees.

The integration of Immutable X with Illuvium has changed all of that narrative. Users can now trade NFTs using a Zero-Knowledge Rollup without paying gas fees.

Immutable X also provides a wide range of benefits including:

First, go to the official illuvium.io website and click on the purple Register button in the top right or on the center of the splash image.

Enter in your email address and then click on Register.

You will be registered with Illuvium and you will receive a confirmation email for your interest.

As of now, Illuvium has not launched yet, so there is no option to download the game. When the game launches, you will need to catch an Illuvial to begin things off.

How to earn money playing Illuvium

Players can earn in-game rewards in $ILV through the following ways:

Please note that you can trade your NFTs on the in-game marketplace, on the game’s decentralized exchange, IlluvDEX, or on NFT marketplaces like OpenSea for real-world money.

What is your favorite feature in the Illuvium game? Have you backed the game as an early subscriber? Comment down below and let us know what you think today!