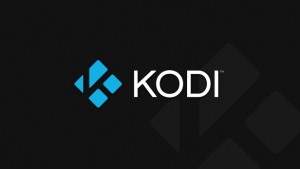 The official Kodi 18 download is now out! Install the latest version of Kodi so that you have the latest dependencies, addons, and modules loaded.

If you are looking to upgrade to Kodi 18, here are some helpful hints to get you started:

On May 21st, 2020, v18.7 of Kodi was released. This is another bug fixes focusing mostly on behind the scenes updates.

It’s highly recommended that you update to v18.7 for maximum compatibility and less errors. Check out how to download and install it via the instructions below!

Check out the next section for a generalized list of new features included in the new Kodi 18 download.

Much of the work in Kodi 18 Leia has been to standardize the backend code, which should mean less errors and better video processing for everyone! Some of the other features noted in this Kodi 18 download:

Note that all of the changes in Kodi 18 means that old skins are NOT compatible. This means that skin developers will need to add Kodi 18 support before you can use it. This happened back during the Kodi 16 to 17 transition as well.

If your skin is not supported with Kodi 18, you will most likely see the Kodi logo on startup and then Kodi will crash before it gets to your main menu. It is highly recommended that you change your skin back to the default Estuary before you upgrade.

Check out the guide below to get the Kodi 18 download today. The process runs the same across all operating systems.

Check out our Kodi install guide for the Amazon Fire TV including Firestick for full details on how to get the newest version of Kodi loaded onto your Amazon box.

As of right now, the release of the Kodi 18 download on the Android TV has not been updated on the Google Play Store. It is in the process of being updated in the next day ot so.

If you are using Android TV and need the new Kodi 18 download, you can download the file on your computer, move it to your Android device via USB stick and install by using ES File Explorer to launch the download.

If you don’t know how to do all of that, our suggestion is to bookmark this page or follow us on Twitter and we will keep you update to date.