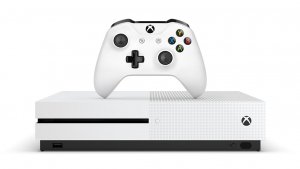 You can now fully install Kodi on your Xbox One console, including all addons and features available on other devices. Check out our Xbox One Kodi install guide below.

June 17th: We are seeing reports that Kodi for the Xbox One has been updated this morning to alpha #3. We don’t have a change log yet but will let you know as soon as we do. If you see the update, let it happen.

The Xbox One app store has introduced Kodi into it, available to download and install in all regions. This is a nice surprise, as using our Xbox One Kodi install guide below allows you to install Kodi on one of the most powerful streaming devices available today.

Even better, Kodi is available in full with all features available including third-party addon support, PVR, live TV support, and more.

The current Xbox One Kodi version available in the app store is version 18 alpha, perhaps a teaser of what is to come from the Kodi development team as Kodi 18 is not officially available for download yet.

If you would like to install Kodi on your Xbox One today, check out our install guide below.

Addons That Work on Kodi Xbox One

The following addons are confirmed to be working on the Kodi Xbox One version. This list is not complete. Many addons that are not listed here will work on the Xbox. This list includes all addons where Xbox One support has been confirmed by the developer.

Click on each addon to go to our installation guide.

For other Kodi installation guides, refer to our links below: