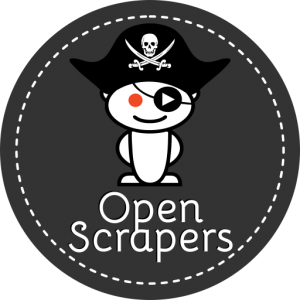 The new OpenScrapers Kodi project should give some long-term stability to Kodi. Kodi Scrapers are pieces of open-source code that can query websites on the public internet that contain media files and links.

Our guide below outlines OpenScrapers, how to install it, and why it is useful.

NOTE: If you are seeing this guide anywhere except for KODI T I P S.com without a link back, it has been stolen by some scumbags.

In March of 2019, the 13 Clowns repository created Civitas Scrapers from the former LambdaScrapers project and then abandoned the project without much regard for end users, This meant that a second “community” scrapers project was abandoned in as many months.

OpenScrapers is a new community project supplying working scrapers for everyone. Why do we have more faith in this project compared to Civitas? It is endorsed and supported by addons4kodi, the number one sub-reddit for third party Kodi information. With the team at a4k taking on the project, it should mean great things into the future. They have already done a great job on OpenMeta and OpenInfo.

Some of the other most common scraper modules for Kodi are Yoda and Universal Scrapers (which are used for every Jen-based addon). OpenScrapers is similar to these but with good universal support for all multi-source addons.

The project integrates working scrapers from all sources into a single spot so that Kodi users can find plenty of working Kodi links.

The latest version of the OpenScrapers Kodi module is v0.1.97, updated on October 2nd, 2019. In addition to some backend fixes, the list of scrapers has been updated with working sources for everyone!

You should be seeing more sources in all Kodi addons which use OpenScrapers as its base.

Previously, there was an important update which speeds up OpenScrapers and all of the addons that use it. The message from the developer is as follows:

So as all of you may have noticed, any addon using OpenScrapers had 2 issues:

This was caused by a fuck up on our end. We uploaded the js2py, tzlocal, and pyjsparser modules with ALL the test files, inflating the zip sizes massively! This would cause issues on install and whenever an addon would call js2py, it would have to read all those files before it started anything. So we have remedied that issue and even added a few scrapers. Please test and let me know. All modules should install quick now.

If you haven’t yet, now is the time to try out an OpenScrapers addon. You can find a few of them listed below!

The initial version of the project has support for over 50 regular sources, over 10 debrid sources, and 10 torrent sources. Until other scraper packages update their code, you may see a reduced number of streams. If you have the newest Exodus Redux Kodi addon, you will have the latest version of OpenScrapers.

The initial version of the OpenScrapers Kodi module works out of the box. If you want to change providers, install it using our guide below and then navigate to Program addons > press menu on OpenScrapers > go to settings and change what you would like.

When we hear about new addons using this community scrapers pack, we will create and update a list in this section.

Some other addons that include full OpenScrapers support include:

Sounds great? Follow our instructions below for how to install and integrate Civitas Scrapers today.

Everything found in OpenScrapers is open-source python code and can be reviewed. The module only knows how to go onto a website on the internet and search for media streams.

Neither OpenScrapers nor any Kodi addon hosts any files or knows how to distribute copyrighted information. Any and all media questions should be pointed towards the websites.

How to Install OpenScrapers Kodi Module

You do not need to install this module on your own. When you install a Kodi addon that uses OpenScrapers as a dependency, it will automatically be installed in Kodi.

If you do Kodi development and want to see the inner workings of OpenScrapers, you can access the repository on GitHub for more information.

If you install the repository, then you can change ANY Kodi addon to use OpenScrapers instead of their old outdated scraper pack via the instructions below.

How to Import OpenScrapers Into Any Addon

Developers can import OpenScrapers into their projects by adding the following import code:

Any multi-source Kodi addon can be altered to use these new scrapers instead of its own scraper set. So for addons no longer being developed such as Placenta or Incursion, you can follow the instructions below to get things updated.