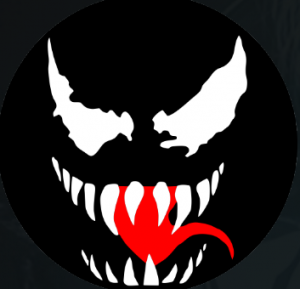 The Venom Kodi addon is a popular trimmed down fork of the Exodus addon that runs quick and fast in Kodi.

Venom has become notably popular on Reddit following the shutdown of a few other Kodi repositories. Venom has been receiving frequent addon updates and new code development, which is great to see.

Table of Contents
1 Venom Not Working: Shut Down
2 Venom Kodi Features
3 Venom Kodi Sections
4 How to Install Venom Kodi Addon
5 Venom Up Next Integration Info
6 Venom Addon Not Working?
6.1 Disclaimer
6.2 PROTECT YOURSELF ON THE INTERNET

Venom Not Working: Shut Down

As of March 2021, the Venom Kodi addon is going offline. The developer made the announcement late last week, posting the following comment in the ‘News’ section of the addon:

Some of you may have heard that TVDB will be going to a paid only sub for access to their api. This would mean every user, using an addon that utilizes TVDB’s api, would be required to pay this fee. That is the smallest part of the problem. TVDB will also deprecate all prior api versions. Most exo forks utilize TVDB’s v1 api. This would mean those addons would be required to recode their addon for TVDB v4 api(json vs. xml) and each user pays a $12/yr fee, or the developer recode to utilize another meta provider for TVShow data.

Frankly my position, at this moment, is I’m not going to deal with it and call it a day. It’s not a matter of can I but more a matter if I have the ambitions to spend my free time doing the work it will require. Honestly after two years my ambitions have declined.

So at this time it’s safe to say that at the end of March Venom will cease to exist. It would still work for movies but shows will no longer work. Unless TVDB changes their position on the matter that is the best and honest answer I can give people without leaving them in the dark what is to come.

After installing the Venom Kodi addon and syncing up your Trakt account, you’ll see the following sections:

Like all Kodi addons, it is recommended that you use Venom with Real Debrid or Premiumize for the best results.

Does the Venom Kodi addon interest you? Check out our install guide below for instructions on how to install today.

How to Install Venom Kodi Addon

If you are looking how to install Venom on the Firestick, the instructions are the exact same on all versions of Kodi.

Check out why Venom is one of the best Kodi addons today now!

Venom Up Next Integration Info

Please note this release requires the latest release of UpNext, version 1.0.1, that can be found in the Kodi repo and was released on June 18, 2019. Version 1.0.0 has a few communication issues that were resolved in 1.0.1. You will notice occasional missing UpNext notifications with v1.0.0 so please be sure to check this. Thank you Ian for resolving this issue!!

For now the best way to use UpNext is with the Kodi context menu option “Play from Here” or from within the “Playlist Manager” – “View Playlist”.

Due to the above I was forced to hard code Auto Play for Episodes. This was needed for the “Play from Here” context menu option to work in continual episode play of an entire season. If you select a single episode only that episode will play, but with Auto Play still in effect. If you disable UpNext this removes the hard code. If you wish to bypass Auto Play for a single episode I suggest using the context menu option “Select Source” for the item you wish to single play without Auto Play enabled

The Auto playlist creation is on by default and this is done behind closed doors with no effect on performance at all. You can try with and without this feature on and you will not notice even the slightest difference so I suggest leaving it on. At this time the only thing this does is when you enter a Season the playlist will create a full episode list for the given Season you entered only. Entering the “Playlist Manager” you could view, edit, and play this list. Future plans for this playlist as well.

The goal for next update is to get the playlist to play from a single episode selection, so you won’t have to use “Play from Here” but at this time I’m dealing with a bit of a bug calling this playlist for direct play. I also want to add a pre-scrape ability so next episode play is instant without a visible scrape process, but timing it the scrape takes about 3-5secs for the next episode to play as it is now so I didn’t holdback this release

This feature makes Venom one of the best Kodi TV addons today.

Are you having trouble getting the Venom app to work properly? Here are some tips to help you out:

If you are up to date with all of the above, try reinstalling the addon from its repository.

We have no control over and do not host or upload any video, films, media file, or live streams. KodiTips is not responsible for the accuracy, compliance, copyright, legality, decency, or any other aspect of the content of streamed from your device. If you have any legal issues please contact the appropriate media file owners or host sites.

3 thoughts on “How to Install the Venom Kodi Addon: Exodus Alternative”