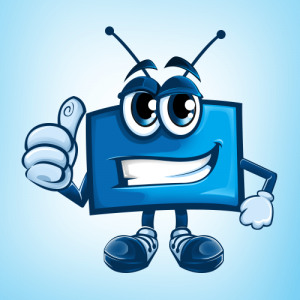 There is a ton of misinformation on the internet regarding the TVAddons Kodi community so read below as we give an update and answer FAQ, concerns, and comments.

November 15th: The owner of the TVAddons Kodi website is back in court tomorrow, November 16th, with hopes of finally getting the original TVAddons domain and social media accounts returned to him, after a judge ruled earlier this year that the Anton Piller search on his home was unjust. If you aren’t familiar with the story yet, read the FAQ below. We will have updates from TVAddons court preceding’s as soon as it is complete.

Read below as we try to answer common TVAddons Kodi questions and updates that we’ve been getting on social media. This is designed to hopefully quash rumours and give a non-biased and informed updates on TVAddons, its past, present, and future.

Q. What is TVAddons?
A. TVAddons is the longest running third-party Kodi community. Formally called XBMC Hub, it used to be home to hundreds of the most popular third-party Kodi addons via its “Fusion” repository. After its founder, Adam Lackman, was the subject of an Anton Piller order from Canada’s top media companies, the old website, domain, and social media accounts were seized. Adam’s story came out after a judge deemed that his search and seizure was unlawful. The original domains and social media accounts have not been transferred back to Adam yet, pending an appeal from the media companies.

Q. Who has ownership of the original TVAddons Kodi domains and social media accounts?
A. Daniel Drapeau’s law firm, DrapeauLex, from Montreal, Quebec, Canada, has current control of all former TVA domains, including TVAddons.ag, xbmchub.com, and offshoregit.com. DrapeauLex is a court-appointed, third-party law-firm ordered to hold control of the domains until the appeal on the Anton Piller case can be heard.

DrapeauLex is not allowed to do anything other than hold control of the domains until a judge orders that they can be returned to Lackman.

Also, note that Kodi addons do not host or supply any content. Kodi addons, such as ZemTV, simply search the public internet for content. Kodi developers or addons have no control if streams go down, change, or are incorrect.

Q. Didn’t indigo install itself on Kodi boxes and perform some questionable actions?
A. Indigo is a TVAddons Kodi addon that combines the functionality of 5+ other former TVA addons. When Indigo was introduced, it automatically uninstalled these old, obsolete addons and installed Indigo in their place. The reason for this was because those addons were obsolete and instead of forcing millions of users to manually uninstall each one and install Indigo, a script automatically did this for users.

When Indigo was first released, it also automatically uninstalled a similar Kodi maintenance tool. The reasons for this were more controversial and included accusations around stolen code and involved a developer formally affiliated with TVA. Due to user backlash, this code was removed from Indigo the day after it was released and has not existed in the code ever since. The other developer involved is no longer active in the Kodi community to our knowledge.

So, Indigo is completely safe to use and does not do anything malicious, contrary to rumours that users still ask us about on social media.

Q. Is TVAddons forcing users to donate to its legal case?
A. No. TVAddons is raising money to help pay for legal funds related to its court cases in Canada and USA. Like any website or service on the internet, the TVAddons Kodi community has generated ad revenue which goes toward server costs, advertising, other expenses, and savings. Court costs have been estimated by TVA to be $200,000. You can choose to donate or not, the choice is completely up to each user. Anti-TVA follers will call this a money grab on social media, while pro-TVA users appreciate the work they have done for the community. You are free to decide your stance yourself.

Hopefully that helps clear up some TVAddons Kodi information. If you have any other questions you’d like an answer to, let us know on Twitter or Facebook.