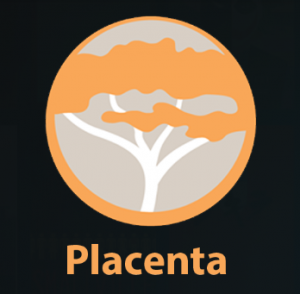 With news that the Blamo Repo has gone offline, a lot of Kodi users want to know what the best Placenta alternative is! Come and find out our choice for top replacement for Blamo’s flagship multi-source Kodi addon.

The Placenta Kodi addon was a multi-source addon similar to countless others than have been introduced into the Kodi community. However, Placenta had some real development time put into with and Blamo was awesome about adding new features, fixing bugs, and updating the scrapers that power the addon.

Now that Blamo is gone, what are the best Placenta alternatives to check out?

What makes a good Placenta Alternative?

Kodi addons do not store any content. They simple pair up a scraper (a website that displays media files) with a resolver (a file locker where the media file is stored). The resolver portion is handled by URLResolver and/or ResolveURL and a good multi-source addon takes the time to keep its scrapers up to date.

So without further adieu…

The Gaia Kodi addon is a worthy replacement. It has a ton of new features and development time and good premium support for Real-Debrid and Premiumize.

Gaia has support for Placenta’s scrapers and also Universal Scrapers, which power all Jen-based Kodi addons. Even though Placenta is gone, its scrapers will live on through Gaia and will continue to remain active for the foreseeable future.

Gaia is easily one of the best Placenta alternatives.

The Exodus Kodi addon hasn’t seen regular development since lambda retired from the Kodi community over a year ago. However, Exodus does receive updates to its code base and scrapers thanks to the kodibae repository.

As long as you have Exodus from Kodibae and not some other repository, you will see continued updates to the Exodus addon.

The Yoda Kodi addon is an Exodus/Covenant fork from Supremacy, who is a long-time developer in the Kodi community. Yoda is highly liked by users who use it and it is a worthy alternative to Placenta.

The Incursion Kodi addon was the perfect complement and is now a great replacement for Placenta. The addon is highly rated on the unofficial Kodi addons subreddit and the developer has put some real development time into the addon.

Updates have slowed over the last few months as the developer has been working on a brand new multi-source addon built from the ground up with new features and abilities. However, Incursion still works better than all fake Exodus/Covenant clones out there and should do the trick just fine.

FreeFlix HQ is an Android APK that serves similar to other Placenta alternatives. Instead of running it within Kodi, FreeFlix is installed alongside your other Android apps. It has a bunch of the same features as Placenta, maintains its own scrapers, and is worth checking out.

Don’t worry if you haven’t sideloaded Android apps on your device before – it’s easy!